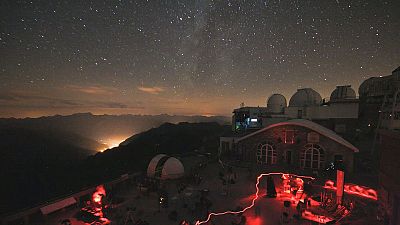 It has spawned a host of songs from crooners to alternative rock bands. One of the best loved chocolate bars in the United Kingdom is named after it. Yet how much to we really know about the Milky Way and just how important is it?

We could be close to many answers about the galaxy thanks to a new satellite named Gaia, being launched by the European Space Agency.

Gaia will scan the sky with powerful new eyes, mapping the Milky Way in unprecedented detail. It will help produce a detailed 3D image of the galaxy, something which has never been done before.

The project has excited astronomers, as the satellite promises a revolution. It will observe, map and measure a grand total of one billion stars.

To do that ESA’s satellite will carry the largest digital camera flown into space. As Guiseppe Sarri pointed out: “We are talking about stars which are 400,000 times fainter than we can see with naked eyes.”

Gaia’s galactic census should help astronomers solve some of the biggest puzzles in the field. Those include establishing the exact spiral shape of our galaxy, and tracking dark matter, the hidden force that shapes our universe.

The science team will use Gaia’s data to rewind history and see how our galaxy was formed and evolved. And they also harbour hopes that this 3D map of the galaxy will reveal much, much more.