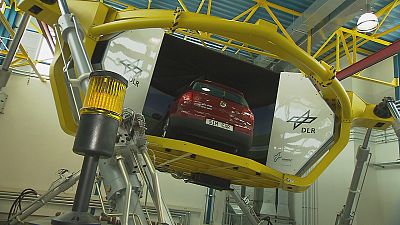 It is hoilday time and for many Europeans it means packing up the car and hitting the road.

Sadly not everyone will return home safely. More than 30 thousand people are killed and 1.5 million injured every year on EU roads.

Croatia, which expects to join the EU in 2013, is a major test site of a European project to equip all cars with a wireless “emergency call” system.

The technology informs the emergency services immediately if there is an accident. Potentially saving lives:

Ante Sarjanovic is the Project manager, HAK Hrvatski autoklub:
“This car is not normal – it’s equipped with the eCall device, which is capable to perform a special call which is initiated manually or automatically by the unit which is placed within the car… If we’re witnessing a serious accident on the other side of the road, we can just stop the car safely… and we can push the eCall button.”

The communication device makes a mobile call to a single European emergency number. While the driver talks to the operator through the car’s loudspeaker and microphone, the eCall device sends the exact GPS coordinates which pinpoints the location of the accident on the map.

Goran Ostojic is an operator at the 112 emergency call centre:

“With this system, the time required to get all necessary data for the rescue operation is significantly shorter”.

Receieving an immediate alert should cut emergency services’ response time by up to 50%. Within minutes, the ambulance, the fire brigade or the police will be on the scene.

“Accident victims can be under a lot of stress, often they don’t know their location. This system circumvents the human factor. The time and coordinates of the accident will be sent automatically to the 112 centre, avoiding unnecessary complications.”

The Croatian Autoclub association provides technical assistance and traffic data to drivers. The eCall system should help it forecast post-accident traffic jams and remove the language barriers – it’s particularly important for popular destinations like Croatia, visited by many tourists who do not speak the local language.

Engineers are working on pan-European compatibility of the eCall system. Car manufacturers need to integrate the technology in their vehicles to trigger the emergency call simultaneously when the airbags are inflated.

Hrvoje Strepacki is the project leader at the Ericsson Nikola Tesla lab:
“To make it automatic, you have to connect it to the sensors in the car, so that the sensors can trigger this. We have been playing with these devices, during our tests in the lab – we would simulate this by shaking the box… We would shake the device to see if it would trigger an eCall”.

A fully functioning EU-wide eCall service is planned to be in place by 2015. By then, this feature should become mandatory in all new vehicles sold in the European Union.

This car does not need the driver’s help to steer, accelerate or brake: it navigates autonomously using sensors and the precise positioning system.

Jan Schomerus is an automotive research engineer, DLR Institute of Transportation Systems:
“As I’m pushing the button, I’m switching the car into the highly automated mode – so it starts driving automatically, scanning the surrounding for any obstacles, and if there’s an obstacle it brakes automatically .”
European scientists and car manufacturers have built several demo vehicles, integrating smart driving concepts that should eventually make driving safer, greener and a more enjoyable.

Karsten Lemmer is the director, DLR Institute of Transportation Systems:
“We have put multiple sensors on this car. Here, for instance – on the side, in the middle, and on the other side,- are the laser radars that produce a wide angle front view… And then, here right behind the front mirror, there’s a lane recognition system – it detects where exactly is the car located on the lane.”

Researchers use virtual reality simulators to study human-machine interaction in various road traffic situations. Ensuring the driver’s confidence in the automatic systems is one of the main challenges for the smart car of tomorrow.

Karsten Lemmer: “When it comes to automation, it’s important to determine the best ways of switching the driving modes between manual and automatic, and find the optimal partition of tasks and responsibilities between the driver and the technical systems of the car.”

This research vehicle has a co-pilot system that reads road markings up to 60 meters ahead, it allows driving on a highway and making smooth turns completely hands-free.

Martin Hummel is a system engineer at Continental Automotive:
“When I activate the co-pilot system, the highly-automated mode indicator lights up on the dashboard, and the car starts keeping to its lane automatically, following the markings along the turns.”

However, if the bends are too tight, the co-pilot hands control back to the driver.

The automatic system can be upgraded with more functions – such as lane changing or avoiding obstacles.

The radar helps the car maintain a safe distance from nearby vehicles. It will adjust it’s speed to prevent a collision if the car in front slows down or stops, this way fully automating driving in traffic jams.

Matthias Strauss is project engineer for advanced driver assistance systems, Continental Division Chassis & Safety:
“There are still many open questions. Will it be enough for the machine to cover for the non-attentive driver for just 10 seconds, or can the autonomy be longer? Will these situations be handled safely on higher speeds? How can the communication between cars help in real traffic situations?”

Intelligent co-pilot systems won’t be on the market for a few more years yet, but there’s little doubt that moves in that direction will continue, as scientists and manufacturers unify their efforts to pave a safer road ahead for the clever cars of the future.

eCALL, HeERO and HAVEit projects are co-funded by the European Union