The Bulgarian EU Presidency will hold a special EU/Balkan summit in Sofia in May which will discuss the enlargement of the Union to integrate Western Balkan states including Bosnia-Herzegovina. But a number of key questions remain over the future development of this small country with a population of 3.5 million people.

Can Sarajevo renew its centuries-old tradition of tolerance and once again become the European melting pot of different cultures and religions? Or does the country risk being caught-up in religious and political in-fighting and as a result remove the long-term possibility of joining the EU?

Turkish influence on the increase

A growing number of Bosnians dream of reviving the 'golden age' of the Ottoman Empire and today Turkish influence in the country is on the increase.

The Sultan Fatih Choir, named after an Ottoman ruler who granted a considerable degree of religious freedom, stands for open-mindedness. They perform songs in many languages, including Turkish. But Turkey's current ruler, President Erdogan, seems to dislike the famous Bosnian choir's conductor, Mehmed Bajraktarevic. Recently, he sent an ambassador to Bajraktarevic to deliver a message.

The conductor was told the president did not want the choir to participate in a huge concert organised at the end of last Ramadan by the official Islamic Community in Bosnia-Herzegovina. Someone had accused Bajraktarevic of working for the Gülen movement. President Erdogan blames US-based cleric Fethullah Gulen for the 2016 failed coup in Turkey.

"I have friends among them. Neither Erdogan nor (Bosnian president) Bakir Izetbegovic can stop me talking to my friends on social media in Turkey, Greece, Germany or elsewhere," says Bajraktarevic. "And no-one can stop me either continuing to have friends who support Erdogan. They are all my brothers."

Turkey's soft power strategy in Bosnia is channelled by the media, press agencies and through the education system. When Erdogan launched a witch-hunt against the Gülen movement, Bosnian-based Turkish teachers supposedly linked to Gülen were forced out of work.

Former Bosnian diplomat Zlatko Dizdarević says the two presidents, Erdogan and Izetbegovic, are close friends. Dizdarević worked in Foreign Affairs and was a Bosnian ambassador in Jordan, Croatia, Iraq, Syria and Lebanon. He describes Turkish interference in Bosnian affairs as a "threat" which further weakens the fragile country by deepening internal conflicts. 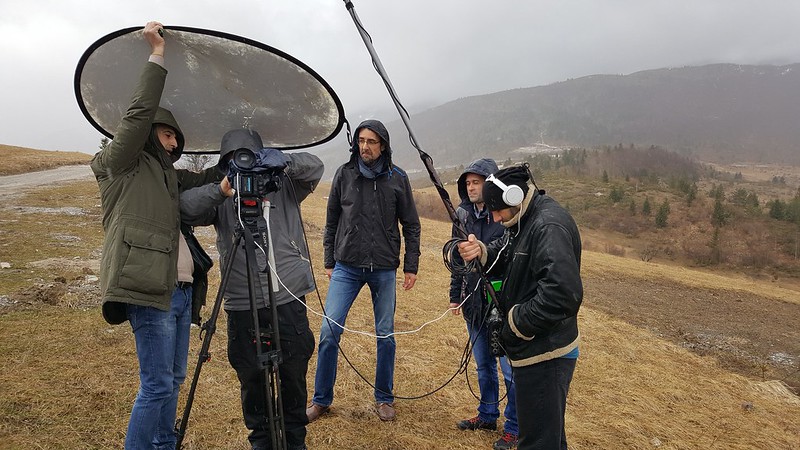 There is another ongoing soft power play in the country. Gulf State countries too have stepped up their presence. Saudi investors have financed the building of a €50m shopping mall in Bosnia-Herzegovina. The Sarajevo City Centre is the country's biggest shopping mall and is just one example of the Arab real estate investment which is spreading throughout the country.

After the war, the country badly needed foreign investment. But there is an increasing feeling of unease. Are local customs and traditions being transformed by the growing influence of conservative Islamic countries?

Dino Hadzic is a council member in Ilidza, close to Sarajevo. He is leading a campaign to have billboard, advertisements and shop signs written in both Arabic and the Bosnian language to limit the use of the Arabic language.

"My initiative is related to the problem of Arabic characters being used for all these inscriptions," says Hadzic. "The locals cannot read or understand them. The official language in Bosnia-Herzegovina is the Bosnian language and the official alphabets are the Latin and the Cyrillic alphabet. All foreign direct investment is welcome, of course. Our local industry was completely destroyed by the war and later-on by shady privatisations. I am not against Arab tourists visiting us. They are welcome. But we should not forget that Bosnia-Herzegovina has, and should keep its own identity."

One of the most controversial projects currently is called "Buroj-Ozone". In the unspoilt landscape of the Bjelasnica mountain, an investor from Dubai plans to build the biggest tourist resort in the whole of south-eastern Europe costing €2bn. Wealthy buyers can enjoy 2,000 villas, 75 luxury hotels, two hospitals, fancy shopping malls and a mosque.

The president of the nature protection group EKOTIM is worried.

"They still do not have an environmental permit, we don't see any environment impact assessment studies," explains Rijad Tikvesa. "And all this large area is an underground reservoir which supplies Sarajevo with water."

While the Ministry for the Environment confirms that no environmental permit has been issued to Buroj, the chief executive of the Buroj International Group, Ismail Ahmad, insists the company has all the necessary paperwork. He believes the project will produce real benefits.

"I think there will be more than 10,000 to 20,000 jobs available in the city when it will be finished. It was really a dream because no-one thought that it would be possible to have the biggest such kind of project in Europe," he says. "When I first entered Sarajevo, all the buildings had been hit with bullets. But today you will not see any destroyed buildings from the war any longer. I think within ten or 15 years, investment opportunities will be different because everything will be really expensive."

Economic investment from the Gulf States comes hand-in-hand with cultural influence. Saudi Arabia not only financed the reconstruction of numerous mosques but also provides free Arab language lessons for some citizens. At the King Fahd Cultural Centre in Sarajevo, both male and female students share the same classroom and there is no dress code. Some women choose to wear headscarves, others don't.

The director of the centre is keen to point out all mosques are under direct control of the Bosnian authorities. Not a single one is controlled by Saudi-Arabia.

Saudi-Arabia no longer wants to be linked to any radical or potentially violent group in Bosnia as happened in the past. Fikret Mehovic, spokesperson for the King Fahd Centre, is the one responsible for the screening of any new groups applying to use the gymnasium. His message is clear: 'No to extremism and Yes to diversity'.

"Our priority is mixed groups with all ethnical and religious background coming from all around Bosnia-Herzegovina," he says. "And it's been like this since the beginning, since the opening of the Cultural Centre in 2002."

Journalist beaten up by Salafist kickboxer

Nedzad Latic is a journalist and writer who lives in Sarajevo. In his articles, he warned against radicalised Salafi groups. And in his book 'Sarajevo Armageddon', he exposed alleged links between the ruling Bosnian Islamic party and the extended family of President Izetbegovic with radical Salafi ideology and local mafia activities.

As a result, he was attacked on his way home from prayer by a long-bearded, short-trousered Salafi Muslim. Latic survived, but says he is afraid he will be attacked again.

There still exist a number illegal Salafi structures in Bosnia-Herzegovina mainly in remote rural regions. These communities are classed outside official islamic structures and are known as Para-Dzemaat.

Most Salafi belong to Quietist groups. And those few who are ready to use violence are closely supervised now by security services say insider sources.

Bosnia-Herzegovina authorities' efforts have helped stem the departure of Bosnia-Herzegovina citizens to foreign battlefields since 2015. Cells of radicalisation have also been identified in certain locations in the country, in particular in the Wahhabi communities.

The efforts of the Islamic Community in Bosnia-Herzegovina to re-integrate illegal Salafi communities into official structures has brought some positive changes.

Muhamed Jusic, adviser to the Grand Mufti of the Islamic Community in Bosnia-Herzegovina explains: "When we started this initiative two years ago to call those individuals who are outside of the frame of the official structures of the Islamic Community, to go back to the unity of muslims here, to the traditional islamic structures, we had 76 of these small groups or so-called para-djamaads. this year we are faced with 21."

Recently the Bosnian way of living together peacefully had some fresh input. Euronews had this opportunity to film a rehearsal showcasing inter-denominational cooperation. Catholic monks sing alongside Muslim children.

A clear prospect for EU membership could help keep this dream of multi-religious tolerance alive.