Filming poverty – not an easy exercise. Because poverty hides itself away. Nobody wants the neighbour to see oneself on television, nobody wants to be an “outsider” or even a “loser” in a seemingly rich country like Germany.

It was nearly impossible to find someone ready to talk about their situation in front of a camera. That was a difficult exercise. Nearly nobody was prepared for that. Out of shame. That is comprehensible.

Therefore I want to thank “Dana” whom we see in the report and who found the courage to talk about her situation – representing a growing amount of people in Germany. A gesture that deserves respect.

Also for the camera team – Peter and Mark – it was not easy to film poverty. In Dortmund’s pedestrian area people looking for empty bottles run away when they see a camera. And also in the Nordstadt area people don’t want to find themselves on a television screen. That is logical, because all too often they are misrepresented. I hope in this report that is not the case – at least it was not my intention.

See the report – Poor Germany: the gap between rich and poor widens 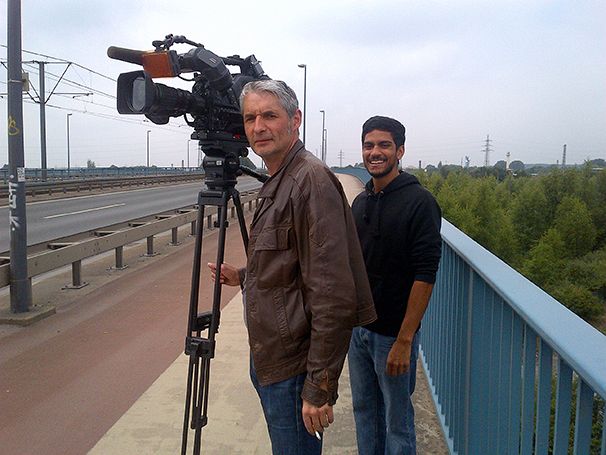