Just what is the best day of the week to hold an election, to ensure that as many people as possible turn out to cast a ballot and that the concept of political legitimacy is maintained? That is a question being asked by authorities and experts right around the world, as concern grows about voter apathy. It is also one of the key talking points ahead of the next European elections set to take place in 2014, most likely from May 22 to 25.

The European Commission is recommending a move away from the tradition of having the election of Members of the European Parliament spread out over a four-day period. Instead of EU states voting on different days of the week, between a Thursday and a Sunday, they are being urged to agree on one common date. The aim is to try to create a general buzz about a European election day and hopefully generate more interest among the public. However, as the call from Brussels is only a formal recommendation, and not legally binding, achieving a deal is likely to be difficult.

The United Kingdom, which traditionally votes on a Thursday, already seems to have rejected the idea outright. After the European Commission’s recommendation was announced, the British government’s Europe Minister David Lidington was quoted as saying: ‘There is a rich electoral history across Europe and we don’t want to see this diversity undermined by mandating a one-size-fits-all approach to elections day.’

But is it possible that all of the other EU states will go ahead and opt for a common date anyway, even if the UK sticks with Thursday? If that were to happen, Sunday looks like it would be the preferred choice, as it is already set aside in most European countries for election days, including polls to choose Members of the European Parliament. However, Britain is not the only country that votes during the working week. In the 2009 EU ballot the Netherlands held its polling on Thursday, the Czech Republic and Ireland went to the polls on Friday, while Saturday was the choice for Italy, Slovakia, Latvia and Malta. Would they all agree to a change?

Sunday, considered by many as the holy day of rest, is seen as the ideal choice in many states because people have fewer work commitments, there are fewer distractions such as shopping, and many sporting and leisure activities are generally organised for a Saturday. Voting in those countries is also not seen as incompatible with religious commitments such as going to church. However, in many of those countries that vote on a Sunday, turnout continues to decline. So, apart from the reason of safeguarding a tradition, does it really matter what day is chosen for an election? 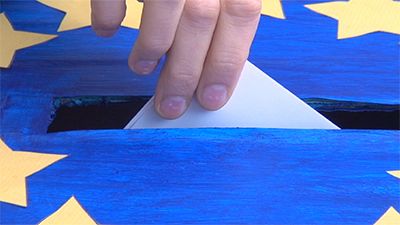 Why, historically, did the UK pick a Thursday for its polling days? Different explanations are put forward, including the fact that Wednesday and Thursday used to be the favourite choices for what were known as half-day closing, when shop workers and other labourers were given time off in the week to compensate for working on a Saturday. Others talk about considerations over alcohol sales and popular pub hours, while some say a day in the working week was chosen to protect the sanctity of the weekend. Also, it could be that an election day later in the working week was selected in the old days so that people in outlying areas had time to make their way to polling stations in the towns and cities.

When Thursday voting was reviewed by the UK government a few years back, in light of concern about turnout getting worse, one of the main points cited in favour of not moving it to the weekend was the cost. Officials concluded that electoral staff and workers at polling stations would have to be paid extra, especially if the ballot were to be held on a Sunday, at an added cost of millions of pounds. Is it possible that the cost factor, or the availability of electoral workers, were also considerations way back when Thursday voting was first mooted?

In the United States, for example, some are campaigning to stop holding elections on the traditional Tuesday, arguing there is no longer a valid reason for that day. One group, which has its own website, is called ‘Why Tuesday?’. As part of the solution for fixing what they call a broken electoral system, supporters want US polls moved to the weekend. They say modern life means that finding time to vote during the working week has become near impossible.

In Europe, debate also continues about the merits of spreading the system of compulsory voting, which exists in countries such as Belgium and Luxembourg, and where the rate of turnout for the last EU polls in 2009 was above 90 percent. Some countries also favour the tactic of grouping together local elections and the EU ballot on the same day, to save weary voters from having to turn out so often and thereby increase the numbers participating in the democratic process.

But there are also those who argue that in this fast developing computer age, bolder change needs to begin. They say authorities everywhere should start to consider a future where people are no longer required to physically turn out on a specific day to cast a ballot. Could the concept of ‘remote e-voting’ – casting ballots through the use of computers and smartphones connected to the internet – one day put an end to the debate over what is a good day to vote?