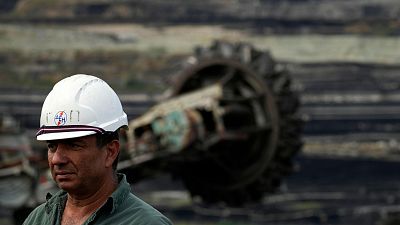 Six months after Russia invaded Ukraine, the impact of sanctions and political unrest has led to a loosening of climate commitments from some European nations.

With gas supplies under threat this winter, attempts have been made to solidify the bloc’s energy security. River and reservoir levels are also low due to widespread drought, which is affecting hydroelectric and nuclear energy production. This puts even more pressure on an already strained system.

As part of this struggle, some climate commitments are being left by the wayside. Coal power stations are being reignited, forests cut down for firewood and new pipelines constructed to prevent blackouts this winter.

Though few policies have actually been rolled back and most measures are temporary to deal with the crisis, it could put the EU’s commitment to achieving carbon neutrality by 2050 in jeopardy.

With coal consumption on the rise, Austria debated restarting decommissioned power stations to combat the energy crisis. Russian gas was previously a major source of energy for the country.

It has made some progress, however, with reliance on Russian gas falling from 80 per cent to 50 per cent of Austria’s energy needs.

This week, the government failed to achieve the majority vote it needed in parliament to roll back its phase-out of coal. For now, it means these fossil fuel-powered plants will stay closed.

Belgium has had longstanding plans to phase out nuclear power. In March, however, it moved to extend the lifetime of its two remaining plants by 10 years.

In 2020, after a year of inconclusive elections, Belgium’s Green Party joined a seven-party coalition on the condition that the country exited nuclear power by 2025.

But since the invasion on 24 February caused a surge in energy prices, the party agreed to extend their deadline.

Coal is the only energy resource inside the Czech Republic. In January this year, the country committed to a 2023 exit from this fossil fuel.

In June, plans to halt coal mining in one of its key regions were reversed. At the time, finance minister Zbynek Stanjura said state owned company ODK would extend its mining activity in the north eastern Czech Republic until at least the end of next year.

Originally operations were meant to end there this year but Stanjura said demand was now too high for that to happen.

France is relatively energy independent thanks to its network of nuclear power plants, though the recent drought has impacted energy produced from these sources.

The Ukraine war, however, has hit its environmental pledges in different ways.

A global food crisis triggered by the invasion has stifled calls for stricter regulations on imported food and animal feed. The aim was for countries selling to the EU to mirror the bloc’s own environmental standards.

It was backed by France’s farming industry and environmentalists worried about cheap food from countries with lower environmental standards undercutting those produced in the EU.

President Macron called the proposal “common sense” saying it was a way of having “our own constraints reflected back to us by the people we trade with.”

But now the EU is focused on removing barriers to the import of food rather than strengthening them. In March, movement on the proposal was paused after it was removed from the agenda of a meeting of the EU’s agricultural ministers.

It doesn’t look likely to return any time soon.

Germany is one of the countries hit hardest by the energy crisis. In the past, it has relied heavily on gas from Russia - particularly for heating homes.

Russia’s state-owned fossil fuel company Gazprom announced over the weekend that gas will stop flowing through the Nord Stream pipeline for three days from 31 August. They claim it is due to maintenance requirements but it comes after a 10-day stoppage last month, adding to concerns about energy supplies this winter.

As the threat of dwindling gas supplies mounts, Germany has started looking to other sources of energy. Nuclear is one option and Chancellor Olaf Scholz has suggested that the country could extend the life of three nuclear plants. They were due to be decommissioned as part of Germany’s plan to phase out nuclear energy in an agreement made in the wake of the 2011 Fukushima disaster.

The country also had plans to exit coal by 2038. So far two coal powered plants have been reactivated to save gas supplies for winter. They only come online to stabilise the electricity grid but more plants have been placed in reserve to potentially restart in the coming weeks.

Trains carrying coal are also being given priority over passenger services, according to German news outlet Welt am Sontag.

It is worth mentioning, however, that the country is making attempts to cut its energy consumption. Actions like turning off spotlights at public monuments, cutting hot water at municipal leisure centres and swimming pools, and curing fountains are also part of the plan to save gas for winter.

Greece is ramping up its coal mining operations in the next two years as a "temporary" measure to reduce dependence on gas, Prime Minister Kyriakos Mitsotakis said back in April.

Despite being the country's main indigenous energy source, it only accounted for a small part of energy production. Greece has plans to fully wean itself off of the fuel by 2028.

All but one of the country's current coal-fired plants were due to be close by 2023 and a new more efficient plant set to open this year would be switched to a cleaner fuel by 2025.

The plant in northern Greece is now likely to use coal for longer and the lifetime of older power stations is likely to be extended.

Hungary has loosened rules on logging in an attempt to ease the effect of rising energy bills. Its government says that with the more relaxed rules it can produce 3.5 million cubic metres of firewood a year to meet rising demand.

The increased need for firewood has in part been driven by President Orban curbing a policy to subsidise household utility bills.

The government walked back some changes after protests and a WWF petition with more than 100,000 signatures calling for it to reverse its decree on “forest destruction”. Nature reserves are now exempt from the regulation.

Poland subsidises coal use in households

Poland is among the countries most reliant on coal. In 2021, it accounted for 41 per cent of coal usage in the EU, according to Eurostat.

The country has plans to phase out coal by 2049 - well after the EU’s target date of 2030. And now the Polish ministry of climate has approved a one-off payment of €630 for households that rely on coal as their primary source of heating.

A majority of the coal used by Poland, until recently, was imported from Russia. As supplies dwindle, demand increases and the price is pushed up, some believe looking at renewable energy as an alternative would be a more long-term solution.

Solar and wind power have seen massive growth in the country. Renewables have been contributing a record breaking proportion of Poland's power this year. Overall the contribution of sources like solar and wind has grown from just 6.9 per cent in 2010 to 16.9 per cent last year.

The Netherlands removes cap on coal

As part of the “early warning” phase of its energy crisis plan, the Netherlands lifted a cap on energy produced by coal fired power stations.

Around 15 per cent of the country’s gas was previously imported from Russia. Now it is bringing in Liquified Natural Gas from elsewhere and cutting back on how much it consumes. This still might not be enough to make up for shortfalls this winter, however.

So in an effort to save 2 billion cubic metres of gas use per year, the Netherlands removed a cap on the amount of energy that can be produced using coal. Production has been capped at 35 per cent of the capacity of coal plants to reduce carbon emissions.

The country says it is still confident that it can meet its 2030 climate goals despite the increased use of coal.