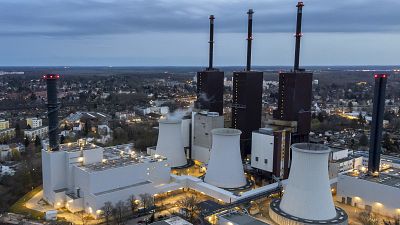 A new study has both good and bad news for the environment.

The report, conducted by the European Environmental Agency, analysed the EU’s greenhouse gas emissions over the past thirty years.

It found that transport is the only sector in the EU to have increased its emissions since 1990.

Greenhouse gases (GHG) are chemicals that contribute to climate change. The most widely known is carbon dioxide.

Other emissions, like methane, nitrous oxide, and hydrofluorocarbons, are usually converted to what their equivalent in carbon would be so it’s easier to compare like with like.

Between 1990 and 2020, the EU reduced its GHG emissions in seven out of eight sectors.

Energy industries cut the most (nearly 50%), followed by manufacturing and construction. In third place were households, commerce, and institutions, then industrial processes. Agriculture came in fifth place, although in recent years the rate of reduction has slowed. Sixth was fuel with waste management in seventh.

The transport industry, which includes flights, increased by 7%.

At this rate, we will miss our 2030 climate targets

In thirty years, the EU reduced GHGs by 1,546 million tonnes, meaning they were cut by about 34% of 1990 levels. Targets for 2020 were met, although critics would argue that these targets weren’t high enough in the first place.

Looking forward, the European Environment Authority (EEA) has said that it will need to take significant further action to meet goals for 2030 and 2050.

“Despite the good progress in reducing greenhouse gas emissions, substantial efforts across all the sectors of the economy will be needed to achieve a climate neutral economy,” says the report.

The EU is telling other countries to reduce emissions

Meanwhile, the EU is asking other leading economies to drastically reduce emissions ahead of COP27.

In a draft document, that will be revised ahead of the summit in November, the EU stated that it “calls upon all Parties to come forward with ambitious targets and policies and urges in particular major economies that have not yet done so to revisit or strengthen the targets.”

Lower-income nations have long since urged the EU and other economic powerhouses to chip in to a global fund to support clean energy transitions in struggling states. Such calls are now increasing, despite the EU and US’s long-term resistance.

The EU is the world’s third-largest emitter, after the United States and China.

All the EU countries stalling on climate since the Ukraine invasion