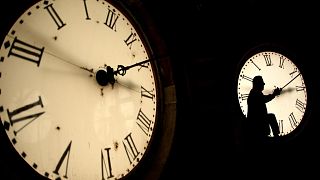 The US Senate has just passed a bill to make Daylight Saving Time permanent.

The Sunshine Protection Act was unanimously passed on Tuesday meaning clocks will no longer change back and forth twice a year. From 2023, it will establish a fixed time all year round.

US senator Marco Rubio, who was backing the bill, also claimed that there was “strong science behind it that is now showing and making people aware of the harm that clock-switching has.”

He went on to add that changing the clocks can lead to an increase in car accidents and heart attacks “in the week that follows the changes”. An end to Daylight Savings Time could also reduce crime, childhood obesity and seasonal depression, Rubio said.

Daylight Savings Time was introduced in the US during World War I in an effort to cut energy consumption when fuel was scarce. The idea was that, during summer months, daylight hours would shift into the evening so people didn’t have to turn their lights on until later.

After the war ended, it was abandoned then adopted again during World War II when fuel supplies were running low. Some places kept it after the war, others didn’t until, finally, the US federal government mandated that all states had to implement daylight savings in 1966.

Two states, Hawaii and Arizona, still opted out, and have continued to since then.

So did it really reduce energy consumption?

A study conducted by the US Department of Transportation in 1975 showed that Daylight Savings cut around 1 per cent of the country’s energy usage.

This insignificant saving might, in part, be because many people in the US get out of bed before 7am, So much of the energy saved by not having the lights on in the evening is offset by having them on in the morning.

Studies also show that while it might decrease the time the lights are on, it could also increase the amount of energy we use to heat and cool our homes. Overall, the answers are inconclusive and any energy savings caused by Daylight Savings Time were found to be insignificant.

Will Europe ever get rid of Daylight Savings Time?

The story is similar in Europe. In the UK and Germany, Daylight Savings Time was introduced to conserve coal in World War I. It was abolished when the war ended but returned during the 1980s when the necessity to save returned, driven by the global oil crisis.

Since 2002, all countries in the European Union - except for Iceland - have had to adjust their clocks on the last Sunday of March and October.

But in 2018, the European Parliament voted to get rid of twice a year clock changes. It came after a poll of 4.6 million EU citizens showed strong support for scrapping it.

After the vote passed, the change was passed on to the European Council to be implemented. But it said that it couldn’t get rid of Daylight Savings Time without an impact assessment from the European Commission. The changes were meant to come in by 2021 but the debate on who was responsible ended with a stalemate just before the COVID-19 pandemic hit.

At the moment there doesn’t seem to be sufficient support for the European Commission’s proposal and at this point, it’s unclear when, if ever, the EU will get rid of Daylight Savings Time.

When will the EU end seasonal clock changes? Only time will tell.