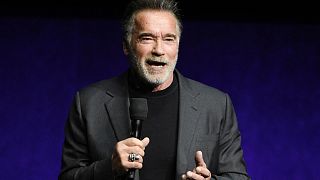 Climate change has a determined adversary in Arnold Schwarzenegger. The actor and environmentalist says we can “terminate pollution” ahead of the sixth annual Austrian World Summit this summer.

The climate conference will take place in Vienna on 14 June 2022, exactly 30 years after the 1992 Earth Summit in Rio de Janeiro, where the United Nations Framework Convention on Climate Change (UNFCCC) treaty was signed.

“Since then, many speeches have been given, many promises have been made, but fossil fuels continue to burn, and emissions continue to rise,” Schwarzenegger says in a video posted online today.

The conference, which he launched with Austrian ecologist Monika Langthaler in 2017, aims to fully implement the aims of the Paris Agreement and is an important environmental networking event.

Pursuing efforts to keep global warming below 1.5C above pre-industrial levels - which analysis shows that COP26 failed to do - will be key. Further discussions on the European Green Deal and reaching net zero by 2050 are also to be expected.

The Schwarzenegger Climate Initiative, which organises the summit, describes itself as a ‘matchmaker’ - connecting players from business, finance, NGOs, local and national governments committed to collaborating on sustainable projects.

Over dramatic music in the video, the Terminator star says,“At this year’s summit we will learn from the past, but not dwell on it. Instead of doom and gloom, we will show the world that change is possible.

“You see I’m always optimistic; more than ever we need to create hope and collaborative action.”

Calling Austrian president Alexander Van der Bellen “a true environmental action hero”, Schwarzenegger adds that they are looking forward to welcoming “climate action heroes” from around the world for the summit.

“The message of this summit is urgent,” Schwarzenegger concludes, “Together we can terminate pollution and stop climate change.”

The former governor of California has a strong environmental record from his time in office, signing the Global Warming Solutions Act of 2006 - the nation’s first cap on greenhouse gas emissions - and setting targets to reduce exhaust fumes.