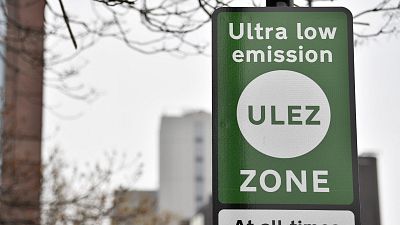 The London ULEZ was the world’s first scheme of this kind and the Mayor of London, Sadiq Kahn, says that 87 per cent of vehicles travelling within the zone already meet its standards.

The zone was introduced in 2019 and operates 24 hours a day, 7 days a week. It uses Euro standards for cars to determine if you have to pay a fee or not.

Generally, vehicles that don’t meet these standards include diesels built before 2016 and petrol cars built before 2006. The most polluting vehicles have to pay a charge to enter the zone.It can be confusing, however, and there is an online tool you can use to check your vehicle.

Alongside tighter restrictions for heavy vehicles across the city, the ULEZ is expected to reduce nitrogen oxide emissions from road transport by 30 per cent this year.

The expanded zone now covers the South Circular Road, the busy road that Ella Adoo-Kissi-Debrah lived just 25 metres from. Earlier this year, Ella became the first person in the UK to have air pollution listed on their death certificate as a cause of death.

“The coroner’s inquest into my daughter Ella’s death made clear that all levels of government must work to get dirty cars off the road, to protect human health,” says Rosamund Adoo-Kissi-Debrah, clean air campaigner and Ella’s mother.

“Children suffer the most from air pollution, as their lungs develop until they are ten. The ULEZ is helping to clean up the air that London’s children breathe from the moment they step out of their homes.”

Has London’s ULEZ reduced pollution in the city?

Between 2016 and 2020, the number of Londoners living in areas where levels of nitrogen dioxide were illegally high dropped by 94 per cent and air quality in the city has improved over the last few years - but that it is likely not down to the ULEZ.

Researchers from Imperial College London say that the introduction of the ULEZ in 2019 only caused minor changes in air quality - just a 3 per cent reduction in nitrogen dioxide and "insignificant" impacts on other pollutants such as PM2.5 and ozone. Most of the improvements to London's air quality were found to have come before the ULEZs introduction in 2019.

The researchers say that ULEZs are not a “silver bullet” and need to be used alongside other efforts to reduce pollution.

“Cities considering air pollution policies should not expect ULEZs alone to fix the issue as they contribute marginally to cleaner air,” says Dr Marc Stettler from the university’s Department of Civil and Environmental Engineering and Centre for Transport Studies.

“This is especially the case for pollutants that might originate elsewhere and be blown by winds into the city, such as particulate matter and ozone.”

The researchers say that ULEZs need to be introduced in combination with a wide set of effective clean air measures that could encompass local actions such as reducing transport emissions and use of wood burning stoves, and regional policies that reduce, for example, agricultural emissions.

So how do we improve air quality in Europe’s cities?

The good news is that on average the number of fine pollutants in Europe’s air has been gradually decreasing over the last decade. Since 2011, the concentration of fine particulates, known as PM2.5, has dropped by around 35 per cent according to Eurostat.

And the UN Environment Programme says that this is in part due to measures such as vehicle inspections, the promotion of electric vehicles and stricter standards for vehicles in cities.

A recent report found that road transport emissions in Western and Central Europe dropped by up to 30 per cent between 2010 and 2017. In South Eastern Europe stricter vehicle standards saw emissions drop by 40 per cent during the same period.

But it also points out that reducing emissions from other sources has helped too and national standards for air quality are essential.

For Western and Central Europe, this means greater use of renewable energy, improvements in efficiency and moves to assess the environmental impact of industry, electricity and heat production.

In this region, 38 countries have now also banned the open burning of waste in order to improve air quality - something that the report’s authors say could be a “low hanging fruit” for others looking to reduce pollution.