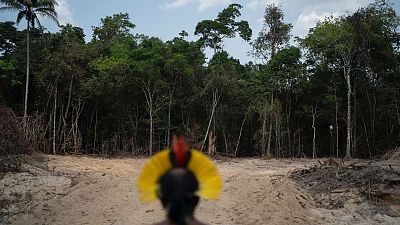 Seven years on from the New York Declaration on Forests - a global pact to end deforestation by 2030 - most countries are falling far short of their national goals.

A new progress report has taken a look at the 32 most important forest nations to see how their climate plans match up to the promises they made in 2014.

These countries have enormous potential for reducing carbon emissions by curbing deforestation, improving forest management and replanting trees. But, of the twelve that signed up to the NY Declaration, only 10 set explicit targets for forest protection.

Worryingly, even if these 10 countries do achieve their targets, this would be only 50 per cent of the combined mitigation potential of their forests. Take India with its ambitious tree-planting goals out of the picture, and that figure falls to just 16 per cent.

Forests represent 30 per cent of the carbon we need to store in order to achieve the Paris Agreement goals.

“We won’t tackle climate change without looking after forests and the people who depend on them,” says Alison Hoare, a senior research fellow at Chatham House, one of the coalition of 38 groups behind the report.

But despite being vital carbon sinks, “when it comes to protecting forests, there is a yawning gap between where governments are and where they need to be.”

So why are these rich, life-giving habitats being so undermined and what needs to be done to change that?

The coalition’s analysis of forest funding describes it as only a “miniscule fraction” of what is needed.

It's a typical environmental dilemma, explains Franziska Haupt, managing director of Climate Focus and one of the lead authors of the report.

“Countries still need to take on these bold sectoral reforms [confronting big industries that are driving deforestation, like agriculture and mining], and forests are not yet valued for the opportunity they provide.

“And obviously it’s not easy to grasp because it’s not economics, it’s less tangible,” she explains.

The report is not calling for a complete end to deforestation per se, recognising that it might be right in some places for food security and economic development. But it is important for countries to carefully weigh the trade-offs between that destruction and other benefits.

Investments that will stop deforestation are “a win-win-win for climate, biodiversity and humanity,” says Shyla Raghav, Vice President of Climate Change at Conservation International.

As many developing countries have made their targets conditional on finance, the global community needs to dig much deeper.

Funding should go to consistently overlooked solutions to protecting forests, argues the report. These include granting land rights to Indigenous people and local communities (IPLCs).

It praises Colombia as one country which has made appropriate reference to the role of Indigenous peoples in its long-term plan for tackling climate change. Other countries, including the United States, Canada, Malaysia and the Democratic Republic of Congo have not made similar commitments.

“The majority of lands stewarded by IPLCs are in a relatively good ecological state, demonstrating their key role in nature conservation,” said Fran Price, Global Forest Practice Lead at WWF.

“It is crucial to secure the land and rights for these communities, as it is one of the most effective and proven approaches to the conservation and sustainable management of forests.”

Prevention is better than restoration

The world lost 12.2 million hectares of tree cover in 2020. This includes an area the size of the Netherlands within previously untouched tropical rainforests, according to data from the University of Maryland and Global Forest Watch.

The figure is a 12 per cent rise on the previous year, and there’s no getting back the richness of these felled ecosystems.

“It would be a huge investment to even get close to what nature had,” says Haupt.

An accompanying report, also published this week, lays out some of the best solutions. It says that forest protection provides the highest level of mitigation potential - far greater than restoration.

Clearly, a radical gear-change is needed, and some countries are already showing the rest of the world how it’s done. Indonesia, for example, issued a moratorium on timber exports and palm oil plantations which helped to reduce deforestation rates. Though even here, and in other parts of the world including Brazil, governments have used the pandemic to roll back protective measures.

With COP26 just around the corner, Haupt is hoping for new announcements about forests. But above all, with the world perilously off-track, “we don’t need to celebrate these commitments anymore, we just need to move forward.”