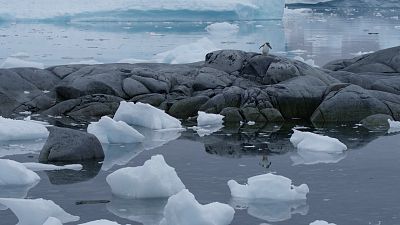 It is said that human nature will destroy nature and humans. Today, the presence of what some call "the Earth’s greatest enemy" can be seen almost everywhere. But Antarctica is a natural treasure that can still be saved.

This white continent is a paradise for scientists and wildlife, but its harsh conditions make it uninhabitable for humans. However, not even the most remote place on earth has been spared from man-made damage. Climate change stares you in the face in Antarctica.

Understanding what this amazing continent means for the Earth - and for us - is the key to learning how to take better care of it. So here's what Antarctica does for us every day and why it's so important to protect it.

It's helping the Earth cool down

If it wasn’t for Antarctica, life on Earth would certainly be very different. The Southern Ocean, which surrounds the continent, is helping to slow down the rate of climate change by absorbing as much as 75 per cent of the excess heat. It’s also capturing 35 per cent of the CO2 taken up by the global oceans and distributing nutrients all over the world.

“The Southern Ocean connects all of the world's ocean basins”, says Andrea Kavanagh, director of the Antarctic and Southern Ocean Conservation at The Pew Charitable Trusts.

“These cold, deep currents go around the entire world, bringing their cooling waters to regulate temperatures. Those same waters also carry nutrients that go far beyond the equator, feeding fish and people around the world.”

But swallowing the world’s CO2 and heat comes at a price.

Between 1989 and 2018, Antarctica warmed up by about 1.8 degrees Celsius, which is three times the global average.

In 2020, it recorded a new record temperature of 18.3 degrees Celsius. The ocean is also experiencing water acidification, deoxygenation and marine heatwaves due to the increase in CO2 and temperatures.

It's key for marine biodiversity

There are also still many species to be discovered in all this white wealth, and scientists make new discoveries all the time.

There are many vital species that we already know of, though. The Antarctic krill, for instance, is a small creature that is considered a keystone species. This means it holds an entire ecosystem together.

But krill fishing has become an increasingly lucrative and booming industry and has almost tripled since the 1980s.

Industrial-scale fishing, together with warming water, is impacting its population. As a result, krills are heading further south to seek safer waters. This, in turn, could have disastrous consequences on the ocean's food chain, says Kavanagh.

“Without krill, we won't have the vibrant, incredible life that we're used to seeing in Antarctica.”

It's a great place for discoveries

Antarctica is also one of the most crucial natural laboratories and the place to be for scientists from all over the world. Thousands of them come here every year to conduct studies on the Earth’s system, space, and climate change, among many other topics.

“The more climate research that is done, the more it demonstrates how quickly we need to act. We're moving closer and closer to tipping points where there'll be no return,” warns Kavanagh.

Can we save Antarctica by creating new Marine Protected Areas?

For Kavanagh, Marine Protected Areas (MPAs) could stop us from reaching the point of no return.

MPAs are becoming increasingly popular all over the world because they can help many marine species recover, especially those that have been heavily exploited by fishing. Those who advocate for them, say they can help the ocean to be more resilient to environmental changes and recover more rapidly. Some studies even say they can benefit fishermen.

“There's a huge spill-over effect in an MPA. So there's more fish beyond the border of the MPA than there is normally. So these MAPs will actually even help the fishermen,” explains Kavanagh.

But MPAs also have their critics. Some believe that banning fishing does not reduce fishing pressure, but rather shifts it to another area and harms fishing economies. To avoid this, MPAs have to be part of a broader strategy. Fisheries also need to be better managed to ensure MPAs succeed.

MPAs can also help to protect Antarctica against another threat: tourism. Between October 2019 and April 2020, the International Association of Antarctica Tours Operators registered 73,991 visitors. During the 1992-1993 season, it counted less than 7,000.

But how humans get to Antarctica is another issue. Cruises to Antarctica are becoming popular, posing a real threat to the Southern Ocean’s waters.

Although MPAs are a big step towards Antarctica’s recovery, they are not enough to save it. Reducing greenhouse gas emissions and combating illegal fishing is also key to achieving this. For this, strong international cooperation and regulations are needed and governments should respect ambitious climate targets.

Will Antarctica have new MPAs soon?

The European Union, alongside the Commission for the Conservation of Antarctic Marine Living Resources (CCAMLR), has proposed to create two new large-scale marine protected areas in Antarctica’s waters: one in East Antarctica and another in the Weddell Sea.

But so far, the decision has been blocked by China and Russia over concerns that this might affect fisheries. There is also a third proposal from Argentina and Chile to create an MPA in the Antarctic Peninsula.

This could also be a step in achieving the international target of protecting 30 per cent of the oceans by 2030. As a matter of fact, the goal was to protect at least 10 per cent of the world’s ocean by 2020, but governments failed to achieve the target. Will they make it this time?

What are offshore renewables? And how do they work?