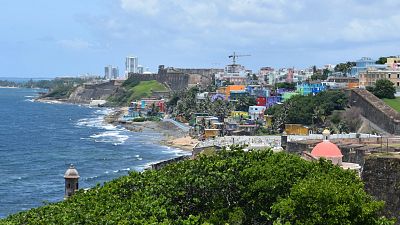 A state of ecological emergency has been declared in Puerto Rico, as the island’s coral reefs are ravaged by disease.

Stony coral tissue loss disease (SCTLD) causes tissue to die on these organisms leaving nothing behind but a skeleton. Once infected, the corals die within weeks to months. It affects more than 20 species of hard corals found in the Caribbean, some of which are the slowest growing reef-building forms.

In Puerto Rico, the impact of the pandemic has allowed the disease to spread out of control leading to the declaration of an ecological emergency.

“We have to put this situation in the context of the natural disasters we have had, the economic crisis and the pandemic,” Governor Pedro Pierluisi Urrutia said at a press conference.

“All of this has prevented an adequate response to mitigate the rapidly spreading stony coral tissue loss disease.”

The state of ecological emergency allows Governor Pierluisi to allocate one million dollars (€843,385) to the Department of Natural Resources and Environmental to help fight the ongoing crisis. It is so far unclear what will be done with the money.

Treatment of the disease is labour intensive so instead many of the efforts to fight the effects of SCTLD involve reef restoration in areas that have been lost.

“Corals are essential to our marine life and guarantee an ecosystem for fish and other species that support our food security,” Governor Pierluisi added.

Where did this coral disease come from?

After first being discovered near Miami, Florida in 2014, SCTLD has spread rapidly around the region’s coral reefs travelling as far as 50 metres every day. It has now been reported off the coast of Belize and Mexico to the West and as far south as the Island of Saint Lucia.

Ocean experts say it is the worst marine epidemic they have ever witnessed.

No one knows what pathogen causes the disease, but scientists believe it is most likely a bacterium is causing the corals to die. It spreads through the water around the reefs making it very difficult to prevent.

Earlier this year, scientists at the Perry Institute for Marine Science, discovered that the rapid spread of this deadly disease could be linked to ballast water from ships. Reefs located close to The Bahamas main commercial shipping ports had the most dramatic infection and mortality rates.

“If ballast water was taken on board in a port area where SCTLD was present and not exchanged in open water away from reefs as required in The Bahamas, ballast water may have been the means by which SCTLD reached the Grand Bahama area some time in 2019,” the study notes.

By tracking and preventing the human causes behind the spread of the disease, the study’s authors believe that these coral reefs may be able to heal naturally.