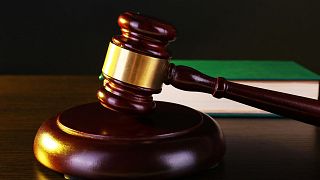 We need precise legal definitions, strong law enforcement and severe sanctions, as a crime against nature should not be considered as an accessory issue," says Vlad Gheorghe.   -   Copyright  Canva
By Julie Gaubert  •  Updated: 24/06/2021

The European Union’s law enforcement agency, Europol, has announced that environmental crime is now one of the major threats to security in the EU.

As a result, one Romanian member of the European parliament (MEP), Vlad Gheorghe, is calling for the creation of a specific body to fight environmental crime, under the position of EU Green Prosecutor.

"We need an EU Green Prosecutor for two main reasons. First, to protect nature in Europe from criminal exploitation, as well as to protect our citizens who regularly become victims of arson, landslides, illnesses provoked by pollution,” Gheorghe tells Euronews Green.

“The second main reason is to prevent environmental crime (fourth most profitable illegal business in the world according to Interpol) from affecting financial interests of the EU and compromising economic recovery," he says.

What is environmental crime?

The Europol report, entitled 'Serious and Organised Crime Threat Assessment', highlights that "criminals seek to infiltrate and exploit the recycling and renewable energy industries, and they will increasingly do so.”

It continues, “waste trafficking is strongly linked to other offences such as document fraud, economic fraud, tax evasion, corruption, money laundering, as well as theft and the dumping of waste from illegal drug production."

The risk of seeing the green transition be exploited as a business opportunity for criminals is the reason MEP Vlad Gheorghe made his proposal.

The risk of seeing the green transition be exploited as a business opportunity for criminals is the reason MEP Vlad Gheorghe made his proposal.

"Environmental crime represents a significant threat to the safety of EU citizens," he explains.

"It undermines communities and causes substantial financial damages to the EU and its Member States, by eroding the rule of law. This type of crime also deprives EU citizens from financial resources necessary for an immediate reaction to the COVID-19 pandemic, alongside other crises such as the climate crisis. Instead, criminal proceeds finance terrorism, money laundering and other types of crime. It severely decreases their quality of life and promotes inequality."

Who is the man behind this bold suggestion?

36-year-old Renew Europe deputy Gheorghe is no first-timer to the fight for environmental justice. Before joining the European Parliament, he drafted legislation in Romanian parliament to reduce crimes against nature.

He believes punishment for environmental crimes, and the end of impunity and complicity, is the way to advance many EU objectives.

"We need precise legal definitions, strong law enforcement and severe sanctions, as a crime against nature should not be considered as an accessory issue, it is at the centre of money laundering, corruption, fraud, physical violence and murders. And therefore, it needs an adequate response."

"As a Romanian MEP, we have the duty to protect the environmental heritage and biodiversity for the sake of our children and all future generations. It means we need to protect their health, quality of life and resilience," he told us.

Currently the EU lacks a cross-border investigation mechanism for organised crime in general, and for environmental crime in particular.

Environmental crime is estimated to cost $258 billion a year globally.

"As a member of the budgets committee in the EP, I can say that the EU loses billions of Euros as a result of inaction on this type of crime (environmental crime is estimated to cost $258 billion a year globally)," Gheorghe adds.

"It severely jeopardises EU climate objectives, both in terms of direct financial losses, and in terms of missed tax revenues on economic activities. Considering the increase in environmental crime and the limited capacity of the members, the fight against environmental crime should become one of the priorities of the EU economic recovery and Green Deal package."

What should a Green Prosecutor do?

Vlad Gheorghe witnessed the cost of environmental crime in his home country.

"Only in RO, inadequate enforcement brought to 6 murders and 650 violent attacks on foresters and activists in 2014-19," he recalls.

"Green crime is always associated with money laundering, tax evasion, corruption, forgery, trafficking, physical violence and murder, going far beyond the damage to the habitat. The green crime is not “victimless” as you can see, it affects the entire EU community and needs to be addressed immediately. As a consequence, the EU Green Prosecutor’s activity will help to fight also other types of serious organised crime, which are closely related to green crime, such as money laundering, human trafficking, mafia infiltration of the public sphere, and so on."

"We need an EU Green Prosecutor to create the framework for more efficient reporting of crimes, facilitate cross-border investigation, eliminate corruption and complicity of public authorities in environmental matters. It should guarantee harmonised prosecutions procedures and sanction measures across all the EU," emphasises the MEP.

In the EU we do not have 27 environments, but only 1 single environment. And whoever enters the EU must make sure they respect the highest standards.

"As I stated in my recent plenary speech, in the EU we do not have 27 environments, but only 1 single environment. And whoever enters the EU must make sure they respect the highest standards and have provisions to fight crimes against nature."

With a Green prosecutor put in place, Gheorghe wants every European citizen and Member States to be "wise enough to avoid repeating errors and horrors from the past - given the entire range of extremists and populists on the rise now all over the world this is number one on the wishlist right now."

"I wish for my children to grow up in a country and a Europe that is undoubtedly democratic and prosperous, enjoying biodiversity in a clean environment and free to take up on opportunities without the burden brought on by corruption. And it is our job to ensure that this happens. It’s that simple."