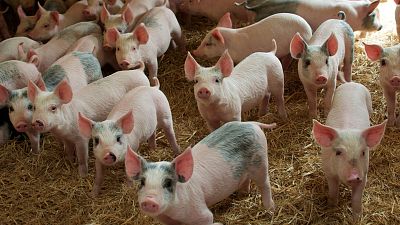 Dr Sabine Schüller, Executive Director of the German Animal Health Industry Association, Bonn, gives us her take on the importance of animal health in Europe.

The treatment of farm animals has become so important to European consumers that in countries like Germany, more than 80 per cent want a state label to guarantee their meat, milk and eggs has come from livestock kept in the best conditions.

Discussions about how best to meet consumer demand for animal welfare standards beyond the existing private sector programme remain ongoing, but where Germany leads, the rest of the EU could follow. Member States are already discussing animal welfare, and looking at Germany’s programme as the model.

Yet the public does not always realise the full extent to which animal health is a prerequisite for animal welfare.

For example, a recent survey found that almost two-thirds of consumers across Europe were concerned about residues from veterinary medicines getting into their food, despite 99 per cent compliance with strict safety levels set by the European Food Safety Authority.

The truth is, there is no animal welfare without good animal health, and this means understanding - and investing in - the crucial role of animal medicines.

The role of animal medicine

National and EU authorities must support welfare standards by reinforcing measures to maintain high standards of animal health as a solid basis for animal wellbeing, while also promoting greater awareness of the importance of animal health among consumers.

Firstly, governments must secure more support at an EU level for research and development into animal health, including vaccination, to tackle new and emerging threats, and build confidence in animal health and welfare.

Vaccine development has been a fundamental success story in preventing and controlling infectious disease in farm animals, including, for example, the suppression of the Schmallenberg virus after it first emerged in cattle and sheep in 2011 by breaking the cycle of transmission right after the first onset.

Alongside a fast-track vaccine development and approval process, preparedness by all levels involved for a swift response in case of an outbreak is indispensable.

However, more research is clearly needed, as demonstrated by recent outbreaks in Europe of African Swine Fever (ASF) in wild boar and domestic pigs. For instance, after identifying its first case in 2014, Poland witnessed outbreaks of ASF on more than 340 farms, with 2020 a record year for the incidence of the disease. Without a vaccine, this painful illness can have devastating impacts on animal welfare and even lead to culling to prevent the spread of disease.

Secondly, it is equally important to raise awareness among consumers that animal welfare is not only about husbandry or production systems, but is also about wider access to and availability of vaccinations and other vital medicines for animals.

More than 60 per cent of European consumers surveyed recognised that medicines positively impact animal welfare, but this figure needs to be increased and extended to all animal health tools, from vaccination and nutrition to hygiene and biosecurity measures as well as early detection and diagnosis, all of which contribute to better animal welfare.

Vaccines are especially efficient in protecting animal health and welfare, and reducing the need for treatment with medicines. These tools not only prevent disease in animals, sparing livestock from distress and suffering, but they also prevent the spread of diseases to people.

This is precisely why Europe has not seen a major zoonotic disease emerge from livestock since Q Fever in 2010.

Finally, we must also build confidence among consumers that animal medicines, and especially antibiotics, are only used in livestock when deemed necessary by a veterinarian.

Antibiotics have been banned as growth promoters in animal feed in the EU since 2006, yet concerns about their improper use persist among many consumers. Ensuring a greater awareness of the existing safety protocols in place for animal medicines would help address these misconceptions and reassure consumers about current efforts to protect animal wellbeing.

For all its evocative associations, animal welfare is not just an emotional or psychological state of being; it is predicated on the physical wellbeing of an animal.

Improving animal health not only brings the benefit of higher standards of animal welfare, but it also greatly benefits us as consumers, making our entire food systems healthier and more sustainable from farm to fork.