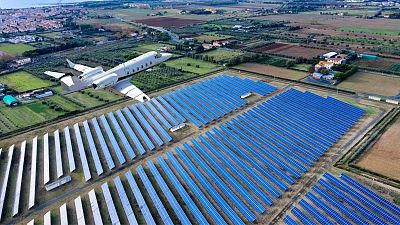 Scientists have discovered that airports have the potential to power over 100,000 homes with the use of large solar panels which could be placed on their roofs.

Researchers at RMIT University in Australia found that residential solar panels don’t generate nearly as much energy as panels on top of large open-air buildings like airports.

Researcher Dr Chayn Sun says that what they have uncovered leaves the potential to put Australia’s solar radiation to good use.

"Australia receives so much solar radiation, so every airport in the country would benefit from having the right type of solar panels installed. The same could be said for many airports and large buildings located around the world."

By placing solar panels on just 21 of government-owned airports in Australia, as much as 10 times the amount of energy could be produced than what the current output is of 17,000 residential solar panels located in Bendigo, Victoria, South Australia.

Perth Airport alone has enough space on its roof to produce up to twice the amount of solar energy being used in Bendigo.

The team has discovered that this new project has the potential to reduce greenhouse gas emissions by 152 kilotons a year, which is equivalent to removing 71,000 cars off the road.

Of course, more solar panels also means less coal burning in the country. Dr Sun claims that some “63 kilotons of coal” could avoid being burned each year if Australia decided to make the shift to solarising their energy in full.

This new project has the potential to reduce greenhouse gas emissions by 152 kilotons a year.

Overall, researchers found that the study meant there was scope for Australia’s future environmental and energy policies to include solar panels at airports and other large buildings.

What role do airports play in the climate crisis?

Emissions from aircrafts both on the ground as well as in the air give way to rising levels of pollutants which affect overall air quality, climate and the ozone.

Which countries are utilising solar panels at their airports?

Melbourne Airport, Australia - Hosting the country's largest solar farm, Melbourne Airport has a farm which is approximately the size of 26 football pitches. Currently, the farm only offsets between 15 to 20 per cent of the airport's energy usage per year.

Cochin International Airport, India - In August 2015, Cochin International began running on solar power alone with over 46,000 panels being installed at a cost of €7.29 million. The solar energy provided is more than enough to power the airport alongside some of the state’s power. It is expected to save 300,000 metric tonnes of CO2 within 25 years from its completion date.

Edmonton International Airport, Canada - Unveiled in 2020, Edmonton stated that it wished to build the world’s largest airport solar farm with over 300,000 panels and enough energy to energise not just the airport, but also 27,000-28,000 homes in the local area.