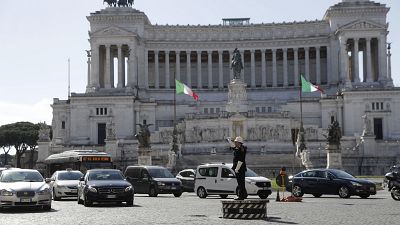 Almost two-thirds of Europe’s city dwellers support a ban on the sale of new petrol and diesel cars after 2030, according to a new YouGov poll.

The online survey asked people across 15 cities across eight countries including Paris, Budapest and London whether they supported ending the sale of petrol and diesel cars. The biggest support came from Rome where 77 per cent of people wanted only emissions-free cars to be sold in the future.

An average of 29 per cent of people living in these cities said they opposed the idea while 8 per cent said they didn’t know.

This summer, the European Commission is set to propose tougher emissions limits for vehicles. A phase-out of combustion engine cars is one of the options being considered in the upcoming review of CO2 standards for cars and vans.

Earlier this year, Denmark, Belgium, Ireland and six other EU countries also urged the commission to set a date for the phase of combustion engines.

Transport & Environment (T&E), a Brussels-based campaign group that commissioned the survey, says that it shows Europeans are ready to make the switch to “zero-emission mobility”.

“From Barcelona to Kraków, there is broad support for ending sales of fossil-fuel cars in the EU,” says Julia Poliscanova, senior director for vehicles and e-mobility at T&E.

“People in cities are the most exposed to toxic levels of air pollution, and they don’t want internal combustion engines to be sold for any longer than is necessary.”

She adds that backed by the findings of the survey, the European Commission should set an EU-wide date for ending the sale of cars with internal combustion engines.

How can Europe boost sales of emission-free vehicles?

The survey also asked respondents what they thought were the factors that need to change for sales of electric cars to overtake petrol and diesel.

Price was the biggest issue with 55 per cent of people saying they thought it would only happen when electric cars were cheaper to purchase. Sufficient charging infrastructure and range were also among the top factors people listed in the survey.

T&E says that purchase costs are already fast decreasing, charging infrastructure is “ramping up” and the range on some vehicles is already above 300km for one charge. The group adds that the rapid progress on these factors is already helping to push the growth in sales of zero-emissions vehicles.

More than 1 million electric cars and plug-in hybrid vehicles were sold in the EU in 2020. This is almost three times the amount sold in the previous year.