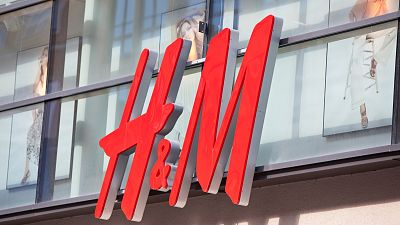 Swedish fast-fashion brand H&M is facing financial turmoil after a campaign to boycott the brand emerged on Chinese social media this week.

The controversy started after netizens found an H&M Group statement that the brand would no longer source cotton from XUAR (Xinjiang Uyghur Autonomous Region) due to forced labour concerns.

This statement came after lawyers and human rights advocates shared a 60-page research document with authorities containing “overwhelming and credible evidence” of a “forced labour regime in Xinjiang.”

Campaigners against H&M claim that there is no such abuse taking place in the region, instead arguing that this is a defamatory political conspiracy.

Multiple physical stores have had to close this week in China as a result of the campaign. The brand’s shops in Beijing, Urumqi (the capital city of XUAR) and Chengdu have all been temporarily closed due to the boycott.

H&M has already been through a difficult winter in 2020, with an 18 per cent decrease in net sales. Currently a third of their physical stores worldwide remain closed due to the pandemic. Now the brand faces further losses due to the consumer-led boycott in China.

Although H&M previously announced plans to cut ties with cotton suppliers in XUAR in September, the group’s due diligence statement was translated into Chinese and circulated on Weibo this week. It’s since trended on the social platform’s Top 50 Topic List.

In a due diligence report released in October, H&M referred to the Better Cotton Initiative (BCI)’s forced-labour statement of cotton from XUAR.

What has the government reaction been?

Government voices on social media have reacted quickly to the accusations this week. The Communist Youth League and government-affiliated media described H&M Group’s statement as “filled with misinformation and defamation upon China.”

“Aiming to earn money while cooking up false accusations which badly hurt Chinese consumers, what a wishful thought! Chinese consumers will defend themselves,” CCTV posted on its official Weibo page.

Hashtags related to the XUAR cotton industry have been trending over the last few days. These include phrases which translate as “I stand for XUAR cotton”, “XUAR cotton workers talking about working experiences”, and “working scenes of cotton-picking machines in XUAR.” Posts with these hashtags argue that H&M’s forced labour accusations are defamatory and the result of political conspiracies.

The boycott has moved into the digital space

It’s not just consumers who aren’t supporting the business anymore either.

Major e-commerce platforms like the Alibaba-owned Tmall and Taobao offloaded H&M products. H&M’s official online purchase app is no longer accessible from Chinese app stores such as Huawei and Xiaomi. On Mar. 25, geolocation pinpoints of H&M stores are no longer visible in multiple Chinese map apps.

Last night H&M China stated on Weibo “we are always transparent to the global supply chain, following OECD Guidelines for Responsible Business Conduct, not representing any political stances.” The brand also emphasized that it has always been respectfully treating the Chinese market.

The effects are already being felt by the stock market. Yesterday H&M shares fell by 2.8 per cent during afternoon trading in Stockholm.

According to H&M's most recent annual report, China is its fourth-biggest market, taking 5.2 per cent of its global sales in 2020, with yearly sales of €287 million.

H&M is not the only brand facing the grassroot boycotts

Better Cotton Initiative (BCI), whose forced-labour statement of cotton from XUAR was referred to in H&M’s statement months ago, is the main target of Chinese campaigners.

Internet users have since looked into other brands connected with the BCI. Yesterday Nike and Uniqlo were both trending on Chinese social media, as the brands both have made similar statements about the cotton industry in XUAR.

Following this boycott, Uniqlo’s official store on Alibaba is no longer searchable. Many other store owners have begun to offload Nike products as well.

A list of brands related to BCI is currently going viral on Chinese social media. It’s expected that companies like GAP, Zara, Adidas and more will face similar boycotts from consumers and government-led media in China in the coming days.

The Chinese Ministry claims that these lies and disinformation have interfered with China’s internal affairs, breached international laws and undermined China-UK relations.

At the press conference, spokesperson Hua Chunying played a video of a retired CIA agent, accusing the coverage of human rights in Xinjiang as a political conspiracy cooked up by the United States.

BCI’s Shanghai Office uploaded a statement yesterday, indicating that they had “no clues of forced labour issues in Xinjiang’s cotton production region.”