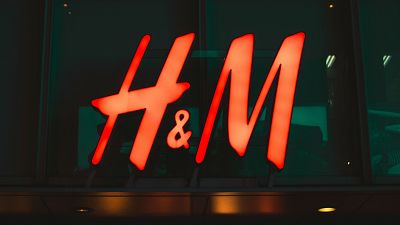 Swedish fashion brand H&M has ended an ‘“indirect” relationship with a cotton supplier in China after allegations of “forced labour”.

It comes after lawyers and human rights advocates delivered a 60-page document to UK customs authorities earlier this year which contained “overwhelming and credible evidence” of “the forced labour regime in Xinjiang”. The document urged the UK government to ban the import of “cotton goods produced with forced labour in China”.

In a statement, H&M said that it was “deeply concerned” by reports of “forced labour and discrimination of ethnoreligious minorities in Xinjiang Uyghur Autonomous Region (XUAR)”.

The company stated that it prohibits any type of forced labour in its supply chain, “regardless of the country or region” and would take immediate action to terminate business relationships if this was found to have occurred.

H&M also added that it had also carried out an inquiry to ensure that workers on “labour transfer programmes or employment schemes” weren’t being brought from the region to work in factories it uses in other parts of China.

The statement emphasised that the brand does not “work with any garment manufacturing factories located in XUAR, and we do not source products from this region”. It disputes claims made by a recent report from the Australian Strategic Policy Institute that it has ever had a business relationship with a cotton mill “where workers from XUAR have been employed”.

H&M has, however, decided to phase out an indirect relationship with the company that owns this mill, Huafu Fashion Co. as a precaution.

Until recently, the company sourced cotton from farms in XUAR which were associated with the Better Cotton Initiative (BCI). In January this year, BCI suspended operations in the region due to concerns over human rights abuses which H&M says has made it difficult to “conduct credible due diligence”.

What’s going on in Xinjiang?

The UN believes that Xinjiang is the location of potential human rights violations against Muslim minorities. UN experts and human rights groups estimate that Chinese authorities have detained at least one million Uyghur and other Turkic Muslims.

China insists that these camps are voluntary and claim it is a necessary measure to prevent terrorism, but has been accused of exaggerating the threat to justify its actions.

Uyghurs are reportedly being held in detention centres that the government has described as “re-education camps”, which frequently include job training.

Rights groups say that once people “graduate” from these camps, they are sent to work in factories, live in dormitories where they are under surveillance 24 hours a day and cannot return to their homes.

China produces a fifth of the world's cotton and more than 80 per cent of that comes from Xinjiang. According to a report by the Centre for Strategic and International Studies, state documents indicate the government is “significantly increasing” the production of textiles and clothes, in part through the use of underpaid workers.