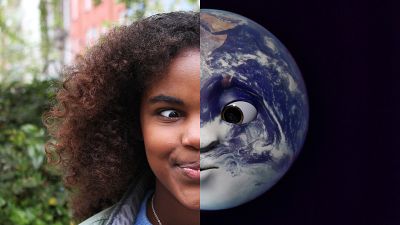 A fun, new app is inviting kids all around the world to speak up for the future of our planet.

Earth Speakr was created by Danish-Icelandic artist Olafur Eliasson who wants to involve the next generation in the discussion of the environmental crisis.

The application is said to amplify kids’ views on the future wellbeing of the planet. Eliasson believes that kids can become artists too by uploading their thoughts, visions, concerns and hopes.

It lets kids animate their environment using augmented reality. Speaking as a tree or a rock, they can record their messages and send them in to become available on an interactive map for anybody who is interested. The artist believes that children can come up with ideas that have the potential to benefit all Europeans.

Eliasson's idea was not only to give the floor to children, but also to invite adults and today’s decision-makers, change-makers, and global leaders to sit up and listen.

The app's artwork was completed for the German Presidency of the European Council last year. It is free-of-charge and exists in 24 languages, promoting further collaboration between people of all ages across Europe on climate change.