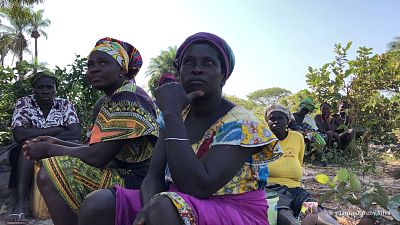 The Bijagó are an ethnic group indigenous to the Bijagós archipelago, which belongs to the small nation of Guinea-Bissau on the West African Coast. They inhabit approximately 21 of the 88 islands, with the islets serving as spiritual grounds. Most of them exist at the margins of the economy, with only a few integrating themselves further through the tourism industry – one that has been expanding significantly in the past years.

The lives of the Bijagó people are intimately entwined with their natural environments, with the dense forests often being given a holy character. As such, Bijagó traditional knowledge and culture are central to the preservation of the islands’ biodiversity.

Still, despite the deep respect that these islanders have for nature, the archipelago is not immune to the global consequences of climate change and are some of the most vulnerable territories.

So how is the area affected? The extensive coastline makes it susceptible to rising sea levels. Increasing temperatures have consequences on rainfall and with offshore petroleum exploration at play, the subsequent pollution will have long-term effects on fisheries as well as the mangrove forests that protect rice production.

However, for the Bijagó, the reasons for poor crop production and the degradation of the environment are spiritual in nature.

In 2012, a study was carried out by Bissau-Guinean sociologist Boaventura Santy on the Urok islands – a group of three protected islands, Formosa, Nago and Chediã. Santy found that climate events which largely affect their villages and farms did not result from anthropogenic (human) activities. Instead, “they are signs of displeasure of the ancestors with the community,” he writes.

For Santy, this lack of harmony between the community, ancestors and the supernatural world is what causes environmental dissonance.

This is particularly true among younger generations who, more and more, are choosing not to renew ancient pacts. They seem to want to leave tradition behind in favour of modernity.

Ana Vaz Cumango, an elder and traditional healer of the village of Cabuno on Uno Island, tells me about the flight of the young to Bissau.

She tells of their refusal to participate in the Canhocam, an initiation rite usually carried out in the sacred forests, where values and social cues are transmitted to those entering a particular stage of their lives in Bijagó society.

Attendance is strict during these proceedings. Men cannot enter the sacred forests during women’s initiation and must clear the woods for farming without sacrificing an animal for the ancestors, and vice versa.

The consequences of trespassing are droughts.

“We won’t have much rice. As you can see, there are rice fields from here to there. But if you clear the woods, there won’t be enough rice.”

Highlighting the extent of their connection to nature, Ana Vaz Cumango talks about how in exchange for mensinhu, roots and leaves that serve as medicine, she offers a token to the spirits of the forests. She likens it to the exchange made in pharmacies. If the token is not given, “the medicine will not work.”

Rubane is an island more deeply involved in the global economy, given its growth as a tourist destination and its proximity to hotspot Bubaque. Here, residents of Etinaga village still express the dangers of not giving thanks to the spirits in the form of tokens or animal sacrifices (called ronia).

Distinguishing themselves from the Bijagós of Uno, they explain how the young, there, hold steadfastly onto their traditions. Augusto “Apudida” Joaquim, from the Pepel ethnic group in Bijagó society says, “for us to be well here on Rubane where we have cleared the woods, we have to ronia.”

Teresa Joaquim adds “if we don’t do it, we don’t find rice. Even if you plant rice in larger fields, we won’t find rice. The ancestors will refuse us rice. We have to speak to them and spill blood to convince them to give us rice.”

Can the youth protect their ancient community?

So, community traditions in this small population are closely linked to protecting the land. Many younger generations, like in Rubane, are starting to understand this. Now they preserve the island’s sustenance through agro-ecological farming methods.

Despite their assimilation into the global economy, these youths have grown up with consijos (advice) from elders who tell them the importance of what has been handed down to them.

But what will happen when the young seek economic opportunities in more dynamic places? When they refuse to reproduce traditions or to carry forward sacred knowledge passed down during rites of passage?

For some of the elders, when they die, their knowledge will go with them. There will no longer be a relationship between the youth and Bijagó ancestry.

Climate change will remain an observable phenomenon among these Indigenous peoples who live off the crops they produce and are healed by the plants they find in their woods. But as the young lose touch with the traditional way of life, and with increasing conversions to Abrahamic faiths, explanations for environmental degradation will change.

Perhaps there will no longer be a place for the sacred in climate conversations. But let us not lose it completely, for there is a lot we can learn in the modern world.