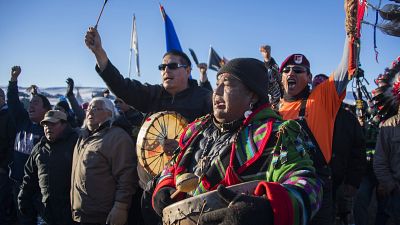 Owners of the controversial Dakota Access Pipeline (DAPL) have been ordered to empty it of oil, after a US federal judge ruled that national environmental policy had been violated.

The DAPL is a 1,172 mile-long underground oil pipeline beginning in North Dakota and continuing through South Dakota and Iowa in the United States. Ever since the $3.78 billion project was announced to the public in June 2014, it has faced numerous controversies resulting in on-site protests.

Protests occurred both for environmental reasons, namely a fear of oil spills, and due to sites being sacred to Sioux people of Standing Rock.

The Standing Rock Sioux Tribe inhabits the sixth largest Native American reservation in the United States, based in North Dakota. After a decision was made to reroute the oil pipeline to pass through their land and into the Missouri River, the Tribe opposed the construction, claiming it would threaten their only water supply.

Now, in a victory for the Sioux people of Standing Rock, a federal judge has ordered that the pipeline be shut down for a significant period.

This is so that the United States Army Corps of Engineers can conduct a new environmental impact review, which normally takes at least a year.

Back in March 2020, the same judge found that the Corps had violated the National Environmental Policy Act (NEPA) and glossed over the devastating consequences of a potential oil spill, when it set out plans to push through the pipeline in 2016.

Activists all around the world praised the good news, claiming that justice had finally been served.

“The announcement of the Dakota Access Pipeline being shut down today is the result of the continuous work from Water Protectors and allies taking a stand to protect what is sacred - our water,” said Intersectional environmentalist and activist Jordan Marie Daniel. She added, this is a “fight for a better and safer environment for our next generations.”

In October 2019, Swedish climate activist Greta Thunberg met with residents from the Standing Rock reservation at a nearby high school in Fort Yates, where she was pictured hugging Chief Arvol and showing her support for the cause.