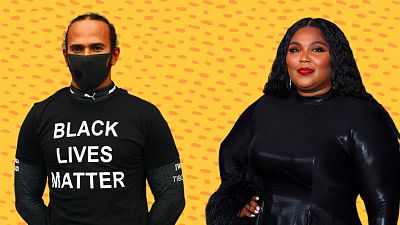 Tianna Johnson is a writer, academic and the founder of Black Girls Camping Trip.

It got to a point where I was becoming increasingly frustrated with my own failed attempts when, after engaging with more Black vegans and vegan literature, the journey to meat reduction became surprisingly easy. The difference in resources, advice and cultural understanding has a significant impact on one’s ability to change one’s lifestyle so dramatically. There is clearly a complicated relationship between Blackness and veganism.

So why didn’t white veganism resonate?

The decision to go plant-based is a tough one. If you live in the West and engage in consumerism, it’s inevitable that the way you live is entrenched in the excessive use of animal products. The most common reasons for making the switch include animal welfare, health and environmental impact. For me, the animal-cruelty argument never stuck.

White vegans, and their respective organisations, co-opt the language of Black activists where ‘speciesism’ is involved, in order to get their point across. By using the ‘ism’ suffix to show cruelty against animals, they instead present as anti-black and racially tone-deaf.

This clumsiness always made veganism unappealing to me, especially because my first contact with this way of life was through large animal rights groups, like PETA.

PETA’s gracelessness almost desecrated veganism for me. The group’s award-winning 2019 SuperBowl advert adopted the infamous anti-racism kneel first used by Colin Kaepernick in protest of police brutality directed towards Black Americans. This was clearly used by PETA to shock viewers, at a time when Kaepernick’s kneel was stirring up so much debate and chaos in the US. At the time, Kaepernick had also been dropped by his team and denied his right to work despite being one of the most reputable players.

We cannot accept that historical violence against Black people is unique enough to have its own movement, while simultaneously equating a legacy of colonialism and slavery to specieism.

In no way am I justifying animal cruelty. But the speciesism movement demonstrates just how far we are from the eradication of racial violence. Not only does it place my human rights on the same level as that of a chicken, but I also live in a world where the humanity of Black folks is equated to that of beings who aren’t even human.

The atrocities inflicted on my community have been studied, quantified and published, and yet we are no closer to racial equality. But PETA can skip all of the steps that require progress - by stealing the journey instead of taking one of their own. There are no stakes for an animated rabbit on his knees, but there are very real consequences for Black people who speak up, as Kaepernick’s career has proven.

All this extends to the importance of cultural preservation for Black people. In most modern Black cultures, meat plays a huge role in how we experience culture.

As we move into an age of multiculturalism, even if it is only experienced digitally, the borders are open for people from outside to cross, engage and violate. It’s well established that many of our modern cuisines are meat-centric. Francisca, founder of Black Geographers has said this herself.

“My mum is half Zimbabwean and meat is a big part of Zimbabwean cuisine,” she says. In the UK, food is one of the ways that we interact with a homeland that we’re separated from. Asking Black people to renounce this is huge. In the ‘post-colonial’ era where cultural appropriation is rife and so much history has been lost to colonialism, it’s justifiable that Black people resist these changes.

In the UK, food is one of the ways that we interact with a homeland that we’re separated from.

My journey to becoming vegan

Yet, for me, the journey towards veganism is about interacting with this culture that was left behind.

On my mother's side, my family are from remote, country parts of Jamaica, where the consumption of meat would have been controlled. It wouldn’t have been viable for my family to have raised as many chickens or cows that we consume daily here in the UK. Therein lies the distortion of what my culture is because, in migrating, many of our elders were presented with the opportunity to make more of our meat-heavy cuisine.

This was one of the privileges of coming to the United Kingdom, where the mass production of meat was further along in its development than it would’ve been back home. My grandparents converted to Rastafari after arriving in the UK as part of the pan-African movement across the West, meaning they adopted a vegetarian lifestyle.

Hard food is one of my favourite cultural dishes and can definitely be enjoyed without meat. This is a composition dish, you can put your favourite bits in and leave your least favourite out. Boiled dumplings, yam, pumpkin, plantain and sweet potato are just some of my favourites. The word for this diet is “ital”, referring to a belief system, compulsory in the Nyabinghi Mansion of Rastafari, which dictates that its followers should eat food grown from the earth around them - unmodified.

It might even be what one considers to be veganism in The West.

We’re seeing this move return in all of it’s forms, from chefs like Sisterwoman Vegan, who has revolutionised Caribbean and African American dishes by substituting plant-based options into traditional dishes.

It is important for members of large, and predominantly white organisations that champion veganism to know what kind of impact they are having on Black conversion. If they care as much about the eradication of animal cruelty and reversal of climate change as they claim to, then they should respect the experiences of Black people.

It’s understanding that the path to this lifestyle will not land if Black people, sometimes with little choice about what they can eat, are being harassed. Instead, these organisations should show that a move to veganism can be a positive return to lost culture.

The one question vegans are tired of being asked