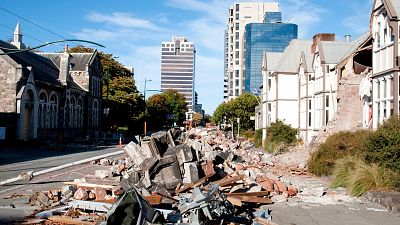 COVID-19 has reduced the ‘rumble’ of human activity as fewer people are travelling in cities and the earth’s crust is vibrating less. Scientists have found that data recorded during the quiet period could help us to detect earthquakes in cities much earlier.

Usually, the vibrations from people, cars, trains, and buses travelling around urban areas vibrate the earth so much that they can be detected by seismometers. These sensors are used to detect early warning signs for earthquakes and study the movement of the earth’s crust.

But a series of studies, led by researchers at the Royal Observatory of Belgium, has shown that over the last few months, this noise has reduced by up to 50 per cent.

With data collected from 268 research stations in 117 countries, the study shows the quiet period began in January in China and spread across the globe. As lockdown measures were introduced, we travelled less and the vibrations created by human activity started to quieten down.

“The 2020 seismic noise quiet period is the longest and most prominent global anthropogenic seismic noise reduction on record,” the paper’s authors write.

Why is this significant?

This prolonged period of quiet has allowed scientists to do a few things they are usually unable to do when human activity is at its normal levels.

In highly populated areas, the ‘rumble’ of humans can reduce the effectiveness of earthquake early detection systems. Seismologists often have to filter out the frequencies of sound that are usually generated by lots of people going about their daily business in order to find the telltale signs that a natural disaster could be on its way.

The paper highlights one example of being able to detect an earthquake earlier than usual in Petatlan, Mexico during the lockdown. Noise was reduced by 40 per cent in the city meaning new sets of sensors, usually deafened by the vibrations of the city, recorded data about the event.

Scientists are looking to use this data to identify what activity causes what kind of vibration and how this is spread out across a city. They can use the information from the 2020 quiet period as a baseline which will help them to identify things like building sites or busy roads that are interfering with measurements.

It is hoped that this comparison will then allow them to more effectively filter out human activity and better detect potentially hazardous vibrations in urban areas. Something they say is increasingly important as populations grow and densely populated areas become more widespread.

In April, Dr Thomas Lecoq, the scientist who led the new research, told the Independent that the reduction in the ‘human rumble’ could teach us more about taking action for other parts of the environment. Although these seem like individual actions, for example staying at home during lockdown or in the future choosing to take an alternative method of transport rather than your car, they have a big effect.

From the perspective of the seismologists like Dr Lecoq, that collective action has had a significant, measurable impact on human noise. He believes it provides evidence that seemingly small individual actions can be beneficial for the environment.

“The reason we are home is terrifying,” he said, “but in the future, maybe, some critical number of individuals will change their ways, avoiding single occupancy car commuting.”

'Well, this is Iceland': PM shrugs off earthquake during interview