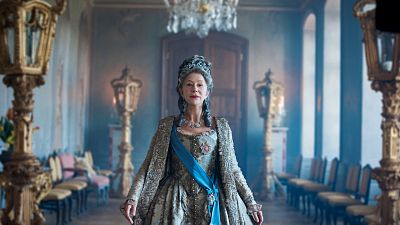 Sky is the first broadcaster to commit to carbon neutral production, with an ambitious goal of achieving net zero carbon by 2030.

It is the leading media and entertainment company in Europe, with 24 million customers across seven countries. Sky is now paving the way toward a greener TV industry by partnering with BAFTA’s Albert Consortium. The Albert team is starting a conversation around what film makers, TV directors and producers can do to be mindful of the climate crisis in their work and revolutionise their creative process.

Earlier this year, Sky announced its plan to become net zero carbon across its entire value chain by 2030, by launching Sky Zero, a campaign encouraging others to ‘#GoZero’ by spreading the word on social media. The company states that it is now determined to be the most sustainable in the entertainment field.

But what does achieving net zero actually mean for the company? Sky has committed to cutting emissions from its business operations, suppliers and customers using its tech products, by at least 50 per cent. Crucially, plans are also underway to develop one of the most eco-friendly film and TV studios in the world, Sky Studios Elstree which will be the broadcaster’s new Europe-wide production powerhouse.

“We are entering a critical decade on the long road to climate recovery, and all businesses have the opportunity to accelerate progress and become part of the solution,” said Jeremy Darroch, Sky Group Chief Executive, in a statement. The carbon neutral guarantee for all UK-commissioned Sky Originals in future is an “important milestone” he says, adding that this is their most “ambitious commitment yet on climate action”.

For Aaron Matthews, Head of Industry Sustainability for BAFTA Albert, it’s not as simple as one company signing up. “Britain has committed to achieving net zero emissions by 2050 which means all businesses including those in the Film and TV Industry will need to look at their operations,” he says.

Nevertheless, Matthews describes the partnership with Sky as “fantastic” and states that he is looking forward to working with the company to ensure a zero carbon future can be achieved.

Sky has already received CarbonNeutral® certification on all 41 UK-commissioned original productions in 2019, including hits like Chernobyl and Brassic.

The TV/film industry has a long way to go when it comes to operating more sustainably. From the amount of energy needed to power sets, cameras, lighting and studio facilities, post production and costumes – it all adds up. Concerns are even growing about the carbon footprint of streaming platforms.

The world’s binge-watching produces as much CO2 as six car journeys to Mars and back with room to spare for a detour around the moon, according to research by Save On Energy. Netflix’s most popular original films and series in the year to September 2019 produced a combined total of almost 1.5 billion kilos of CO2, equivalent to travelling 4.6 billion km by car.

That’s more than 115,000 car journeys around the circumference of the Earth.

Ultimately, the responsibility to live a greener lifestyle is as much incumbent on the consumer as it is the content creator, so we all have a part to play. On the content side, committing to a goal of carbon neutral production is a huge step in the right direction, but we can also balance out our own carbon emissions through offsetting.

Platforms like Plantyflix, based in Berlin, allow users to offset emissions generated from their binging habits by planting trees.