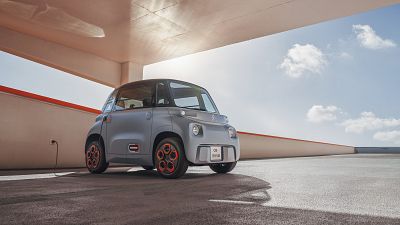 It’s not quite a Tesla, for sure, but bowling down the street in a Low Speed Electric Vehicle (LSEV) will definitely turn a few heads. Lightweight, and limited to speeds of around 40 km/h, the technology underneath their quirky design has come a long way since the bubble cars of the 80s.

Already pretty popular in China, where these miniature electric vehicles offer an alternative to motorcycles, bicycles and e-bikes, policymakers predict that they could disrupt the country’s demand for fossil fuels thanks to a surprising market. Snapping up these mini electric vehicles in their millions are those who haven’t ever owned a four-wheeled vehicle before. They are extremely cheap to buy, easy to park and perfect for urban centres where space is at a premium. Their low speed and lightweight construction mean that you don’t need a license to drive one adding to their appeal for those who might not have previously considered buying a car of any sort.

The Baker Institute at Rice University says that after entering the market with an electric vehicle, these drivers are more likely to stay electric in the future reducing demand for more conventional vehicles. Sales are on the rise but are only just reaching a point where significant data about those who buy them can be collected. Author of the paper, Gabriel Collins, writes that it will be interesting to see where these first-time buyers go afterwards and whether a tiny, cheap electric vehicle encourages them to stay away from petrol in the long-term.

Smaller cars can mean easier, cheaper construction as well. Italian company, XEV, are pushing that potential by rapidly 3D printing parts, reducing manufacturing time to three days. Just 2.5m by 1.5m, the YOYO could cost as little as €6,600 and is made for driving short, urban distances. “Conventional electric cars are usually large, heavy, with big electric motors and batteries designed for city and motorway driving,” a representative from XEV explains, “the energy efficiency of low-speed electric vehicles such as YOYO is much better than conventional electric vehicles in an urban environment because they don’t need to carry around unnecessary weight and waste power on unnecessarily big motors.”

And who do they hope will be the market for these compact cars? Young people looking for a way to get around in crowded urban environments. “YOYO provides simple yet high tech urban mobility experience that will be appreciated both by generation Z and millennial users,” says the company.

Recognized European car manufacturers are also set to take advantage of the mini electric vehicle boom. In spring 2020, Citroën will launch the AMI, a 100% electric “micro-mobility” solution they are promoting as “accessible to all”. This is in part backed up by the fact that its size and power limitations mean that it can be driven without a licence by those as young as 14 in France and 16 in the rest of Europe. It isn’t quite a real car but the enclosed cabin definitely seems like a more appealing option than a moped, especially in an unexpected downpour.

It was launched as a concept in 2019 at the Geneva Motor show and the enthusiastic response that the company received has seen them turn around production in just about a year. The AMI has a range of up to 70 km, is fully charged in three hours from your plug socket at home, and can fit two people sat side by side. They’ll even deliver it straight to your front door.

Across Europe the average number of passengers per car journey is 1.45 including the driver; in your standard five-door hatchback that leaves at least 3.55 completely unoccupied. You’re going to struggle to get a family of four into their compact body, sure, but many LSEVs have at least two seats and could offer relief from pollution and heavy traffic for those short trips in busy urban areas.

More than two million Londoners live in areas which exceed illegal limits for poor air quality according to the Mayor of London's office. Belgium, Germany, and the UK have all been taken to court by air pollution campaigners for the unhealthy levels of smog in major cities and the problem is widespread across Europe’s metropolitan centres. Low Emissions Zone, like those in London, the Netherlands and Sweden, are intended to ensure that the cars that do make it into the middle of the city aren’t spewing out all kinds of pollutants. Ultimately, zero-emissions vehicles could cut the problem significantly with the LSEVs small size helping to reduce congestion as well as emissions.

The concept isn’t quite ideal yet. Manufacturers have done little to rectify Euro NCAP’s concerns surrounding the safety for these kinds of vehicles. Reducing the size of the vehicle can mean reduced structural integrity and low speeds offer paltry promises about safety if seat belts aren’t up to the task. The Euro NCAP, which tests all ‘real’ cars before they can be sold in Europe, found that in 2016 the performance of most of these tiny cars was far below a similarly-sized passenger car which they say can be bought secondhand more cheaply. Obviously a 14-year-old can’t drive a standard car, but perhaps that’s also for the best.

They concede that simple design changes could make these types of vehicles much safer, however, and they don’t mean the addition of a conciliatory airbag. If they can meet these safety expectations and keep prices low you can expect to see far more of these glorified electric scooters buzzing around Europe’s urban centres in the not so distant future.