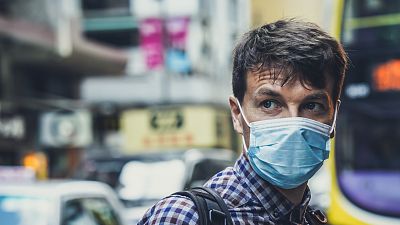 Air pollution ends up costing the equivalent of roughly 3.3% of all economic activity and leads to us missing 1.8 billion days of work worldwide every year according to **a report by CREA and Greenpeace. **

Our continued reliance on oil, coal and gas, the fuels that have historically supplied us with electricity and transport, could be making us sick and even contributing to an early death the report says. It explains that burning fossil fuels create air pollutants such as Ozone, Nitrogen Oxides, and tiny particles of chemicals capable of making their way deep down into our lungs.

When we breathe these pollutants it can increase our chances of suffering from conditions like asthma, type II diabetes, lung cancer and heart disease. On top of this, poor air quality raises the risk of chronic respiratory disorders that often lead to us having to take more time off whilst we are sick or caring for family members.

Air pollution has become so widespread that it has shut down some cities like Beijing whilst others, including a number in the UK, frequently exceed safe limits. The problem has even sparked the design of numerous wearable devices promising a safe bubble of purified air to protect your health if you have to go outside in these high-risk areas.

It isn’t just the physical impact of air pollution, however, but also the psychological effects of a decreased quality of life. Research published in 2019 found that children who grew up in areas of London with high levels of pollution were more likely to develop depression by age 18 than those who lived in cleaner areas.

How poor air quality changes your lifestyle greatly depends on where you live. The report shows that mainland China, the United States and India saw the biggest impact from pollution thanks to increased amounts of land traffic and fossil fuel energy generation. More local climate change-related events, such as Australia’s recent wildfires, also increase the pollution in the air.

Moving away from fossil fuels and swapping them out for renewable energy sources is the answer to stopping us from getting sick, suggests the report. Getting rid of these fuel sources, it says, could also bring financial benefits as well as reducing the health costs of air pollution. Examples like a project in Bogota, Colombia which banned cars one day a week, saw a return of up to four times the amount invested.

Not all renewables are created as equal, however. Greenpeace and CREA advise against turning to other sources of energy that might otherwise be seen as green, such as the burning of biomass because it still leads to air pollution. Whilst perhaps not as bad for the environment as gas, oil or coal, the process still creates particulates that can have a negative effect on our health.

“Governments must halt the construction of new coal-fired power plants and retire existing plants, invest in public transport systems, and transition to renewable energy as quickly as possible,” says Bondan Andriyanu, a climate and energy campaigner at Greenpeace Indonesia, “ Around the world people are demanding clean air, and governments must take action.”