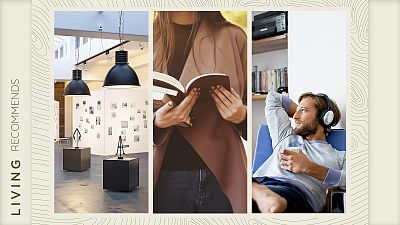 “Make no mistake, we have a fight on our hands. But don’t be intimidated: you are about the become the frontline of the resistance.”

These lines in the opening chapter of Turning the tide on plastic sum up author Lucy Siegle’s mission. As a journalist and broadcaster, the anti-plastic campaigner has spent years hunting the truth about the environmental impact of modern life. Early on plastic was a method of saving natural resources, Siegle writes, preventing the extinction of the Hawksbill turtle whose shell was used for things like shirt buttons and combs. After World War II, the material began its successful infiltration of everything we do as it became the packaging of choice for luxury goods. From problem solving to problematic, plastic has rapidly become one of the planet's most prolific pollutors.

Having spent years researching and writing about planetary issues, Siegle has used this wealth of knowledge to create an accessible guide seeking to motivate readers to think about the waste they produce. The book’s blurb calls it “a vital tool in the battle against Planet Plastic,” and Siegle’s experiences have brought her in close contact with plastic pollution experts as well as those facing the real-life consequences of our disposable lifestyles.

After reading about the resolute failure of recycling focused system and the recent growth in plastic manufacture as a result of shale gas extraction in Texas, you would expect to be left feeling pretty bleak about your ability to make a difference. Siegle acknowledges that campaigns focused on demonizing consumer action, such as Keep Britain Tidy, only shift the guilt from the big corporations like Coca-Cola who sponsor them. The only place Turning the Tide lacks depth is in following up this industry criticism with advice focused on individual action rather than encouraging change by manufacturers. There is no doubt that industry change is an enduring problem, however, and instead of abandoning you to helpless dejection, this well written retrospective on plastic leaves you keen to dive into the practical solutions of the second half.

Siegle presents readers with achievable, practical methods to move away from outdated ideas of repurposing waste towards breaking your own addiction to unnecessary packaging. Acknowledging that there are some forms of essential plastic use, medical devices and space shuttles are just some examples given, Siegle moves beyond the familiar “reduce, reuse, recycle” dictum to introduce her theory of the eight Rs; record, reduce, replace, refuse, reuse, refill, rethink, and recycle. “There is no silver bullet” states the introduction, but rather a gradual reassessment of our own habits.

The result is a solution-based tool in the campaign against the “avoidable, unwanted, useless, nuisance plastic that is unnecessarily forced upon us”. For anyone looking to start reducing their plastic footprint, Turning the Tide Against Plastic is compulsory reading. After all, if only 12 of us adopted Siegle’s approach up to 15000 single use plastics could be saved from landfill every year.

Turning the Tide on Plastic: How Humanity (And You) Can Make Our Globe Clean Again by Lucy Siegle is available for £8.99 from The Orion Publishing Group.

20 climate, nature and environment documentaries you must see in 2020

Are you more eco-friendly than your friends? This study says no.