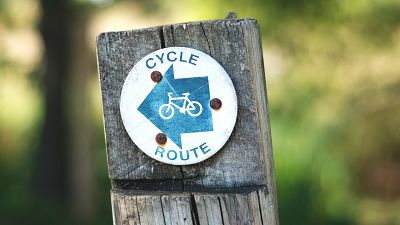 Most people are convinced they’re more eco-friendly than their friends and neighbours, according to a new study by the University of Gothenburg.

Researchers interviewed more than 4,000 people from India, the UK, the US and Sweden, questioning them as to which environmentally-conscious actions they undertook routinely and how they thought their efforts compared with those of their friends and countrymen.

Interviewees were measured on behaviours such as turning off the taps while brushing teeth, shampooing or conditioning, buying from second hand shops, taking one’s own bag for shopping, recycling and turning off lights when leaving a room. It also considered actions such as eating less, reducing meat consumption, eating locally, driving an eco-friendly car, not having children and engaging in environmental politics.

However, “if you think about it logically, the majority cannot be more environmentally friendly than others”, said environmental psychology researcher Magnus Bergquist.

Meanwhile, when ranking themselves against their friends and people they knew, interviewees were slightly less likely to consider themselves more environmentally friendly than their peers, though the majority still considered they were.

The danger of considering yourself above average

“The results point out our tendency to overestimate our own abilities, which is in line with previous studies where most people consider themselves to be more honest, more creative, and better drivers than others,” added Bergquist.

On top of considering themselves above average, the study also revealed that the many participants overestimated their green contributions like buying eco-labelled products or saving energy. At the same time, they believed they were doing this more often than others.

In fact, a dire consequence of considering yourself better than the average at saving the world was complacency. Researchers found those who considered themselves better than others were in fact less motivated to be environmentally friendly.

What does 'environmentally friendly' even mean?

One explanation for the massive variation between different people in different countries thinking of themselves as more or less environmentally friendly than the average is differing interpretations of pro-environmental actions.

The study's Indian sample showed the most frequently stated eco-friendly action was “to plant a tree” - stated by 35.7% of participants. However, answers given by those from the UK and US-based participants considered a wider variation of behaviours.

Europe’s coolest recycling projects you can invest in

Living Recommends | Turning the Tide on Plastic by Lucy Siegle