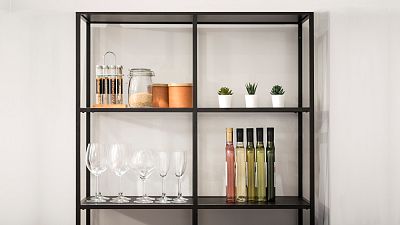 “Most people would have said that launching a plastic product in the market when the world was experiencing high levels of discomfort with the wrong sorts of plastic was a bad idea,” says Santiago Navarro.

Indeed, big brands are ditching big plastic in search of more sustainable solutions. Food, drink and household giant Unilever removed plastic from its Solero ice lolly packaging, while deliveries of milk in glass bottles are on the rise.

But Navarro, co-founder of Garçon Wines, has done the opposite. In a world where wine has always come in glass bottles, or cartons at a push, he’s among the first to pour wine into plastic. So, why has he chosen fight the tide and bring plastic into a thoroughly 21st century business? After all, isn’t the prevailing wisdom that plastic should have been left firmly in 1999?

More eco jobs | I run a coral nursery in the Maldives

In his Bloomsbury office, Navarro tells how a passion for food and drink led him to leave marketing and his first business, Vinopic Wines, scientifically testing and tasting wines to score them in terms of quality. This he playfully describes as finding “the goodies from the baddies”.

However, the data his business collected was showing him something glaringly obvious: the glass bottle was not only financially unsustainable, but it also had a grotesquely high carbon footprint.

“Consumers were wanting to receive smaller volumes more frequently, while the wine industry was built on people receiving less frequently in very large volumes,” he says.

Navarro dissolved Vinopic in favour of a new venture finding a solution for less packaging, no breakages and lower transport costs. Thus, the letterbox wine was born.

Why is letterbox wine better for the environment?

The flat bottle packaging concept takes the traditional wine bottle shape, and puts it under a rolling pin resulting in a longer but flatter container.

“We chose to adapt, innovate and advance the shape to release functional benefits, while recognising the bottle must look beautiful,” Santiago tells Euronews Living. The bottle stood in front of us is a flat adaptation of the famous Bordeaux bottle. The Burgundy style will be next to undergo the eco treatment.

You may be fretting that these bottles contain less than the standard 75cl, the letterbox bottle is only 2cm taller than your average round bottle and though slim, it contains the same amount. It also weighs 87% less than your standard glass bottle, making it easier to pack more into boxes and lighter to transport. The result, the company says, is a saving more than 500g of CO2 per bottle.

“During a time in which people are uncomfortable about plastic, I’ve done the inverse. I’ve spoken more, I’ve engaged more, and I’ve taken any opportunity, big or small, to share what we’re doing,” he adds.

Recognising the “big problem with the word plastic”, Navarro says he is on a mission to educate people about the uses of upcycled plastic. The letterbox wine itself is made out of pre-existing plastic called PET, which is 100% post-consumer recycled plastic. Rather than creating a new material, Garçon Wines is reusing the plastic that might otherwise end up in landfill or incinerated.

The letterbox bottles are entirely recyclable, shatter-proof, and have no impact on the contents. But PET does however take in oxygen, so the company has ensured each bottle is treated with barrier technology providing the eco bottle with a longer shelf life. You’ll be pleased to note that letterbox wine has a shelf-life of 12-18 months – so there’s have plenty of time to drink it.

Meanwhile, its manufacture is supported by an advanced factory in Suffolk that partially powers production using 7000 solar panels. And its design enables compact packaging as it can be stored at 90 degrees to save space. “It’s like packing bricks,'' Santiago says. As a result, using the bottles could mean a huge reduction in containers and lorries on the roads.

It is only recently that the wine industry has started having conversations about the impact of climate change. Wine is one of those industries where those involved have “experience, age and a lot of red trousers”, says Navarro.

“We were trying to use a 19th century vessel in a 21st century world,” he recalls. “Most wine companies don’t think about the packaging, they just take what has been around and inherit it. It’s an antiquated model.”

He points out the irony of the industry not recognising the climate emergency as the crop is so dependent on weather conditions.

“There’s ample evidence that the wine industry is being affected by climate change,” he informs me, bringing up the recent fires in the wine country. Instead, he hopes companies will start taking steps to ensure they’re part of the climate solution rather than the problem.

“People will realise it’s no longer business as usual,” he says, referencing about the extraordinary decision taken by Bordeaux this year, to allow new grape varieties in the Bordeaux blend because the traditional grape varieties were struggling in the warming climate.

Companies are also beginning to buy swathes of land in regions hundreds of miles away in order to accommodate climate change, he continues. These he describes as survival plans or strategies for a rapid-changing landscape in the world of wine.

We could be seeing a lot more bottles in the eco-flat style soon. The award-winning packaging will be in large retailers by March 2020 and making the in-flight debut not long after.

But next for the company is to collaborate with some of the world’s biggest wine brands.

“Those discussions are ongoing, but we will have globally recognised bottles across many different brands in retail stores,” he tells me.

Santiago Navarro is a man not short on ambition. It may have started with wines, he believes the flat bottle is bigger than that. Next, he has his sights set on spirits.

WATCH | Tokyo 2020 Olympics put vegetarianism on the table in Japan

Nine things Davos 2020 is doing to be carbon-neutral