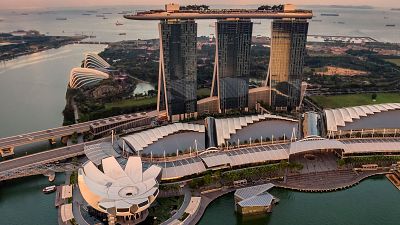 Singapore is widely known as one of the most prosperous economies in the world. With a population of 5.6 million, the island boasts a high-ranking and developed education system, a thriving technology sector and good quality healthcare. Despite some laws that are considered draconian, such as limited freedom of expression, taxes are high and crime is low, making Singapore a city with a high quality of life.

However, this island-city-state is densely populated, having to fit over 5.5 million people into just 277 square miles of land mass. Most of Singapore is an urban metropolis, meaning only 1% of land is devoted to agriculture and therefore production costs are higher than the rest of southeast Asia. Therefore, the country only produces around 10% of its food supplies.

The government has announced a decision to produce more food domestically, by launching their very own farming revolution. As it is spatially challenged, the island will be focusing more on urban farms, such as vegetable plots on top of office buildings, lab-grown shrimp and tiered fish farms.

Why is Singapore going to such lengths to produce more food?

Perhaps an unpredictable setting for a farming revolution, Singapore is aware of the threat of global food supplies, due to climate change and population growth. Hence, the island must increase its own food production substantially to keep up with the rest of the world and rely less on imports.

The plan is called '30-by-30', as its target is to raise food production to 30% by 2030, through urban farming initiatives that aim to “grow more with less.”

Paul Teng, a professor specialising in agriculture at Nanyang Technological University, discusses the innovative ways they plan to grow food from all directions,

“Whenever I talk about food security in Singapore, I tell folks don’t think land - think space. Because you can go upwards and sideways.”

What are vertical farms?

The vertical farm, ‘Sustenir Agriculture’, is one of more than 30 ‘sky farms’ in Singapore, a number that has doubled in the last three years. Also known as a ‘hydroponic farm’, it grows plants without soil, instead using mineral nutrient solutions in a water solvent. This farm in particular grows non-native varieties like kale, cherry tomatoes and strawberries indoors under artificial lights. It then sells the produce on to local supermarkets and online grocers.

'Sustenir' raised the equivalent of $16 million from supporters including Singapore state investor Temasek and Australia’s Grok Ventures last year, which will be used for farming expansion in Singapore and another opening in Hong Kong.

The government also plans to invest millions into research and development into food technology, to boost productivity, and will build a 44 acre ‘agri-food site’ for indoor plant factories and insect farms by mid-2021.

The ’30-by-30’ plan is being described by some as a ‘leap of faith’ for the country, but here's hoping it might pay off as Singapore's sustainable farming solution to the climate crisis.