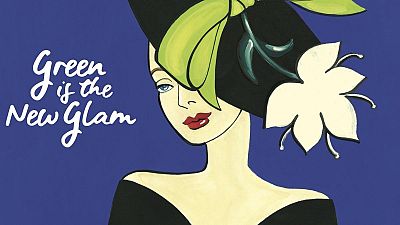 A selection of the super-rich flocked to Monaco last week for one of the principality’s most prestigious annual occasions, Monte-Carlo Fashion Week. The series of high fashion events, held under the High Patronage of H.S.H. Princess Charlene of Monaco, was chaired by the founder of the Chambre Monegasque de la Mode, Federica Nardoni Spinetta.

This year, Monte Carlo fashion week underwent a green makeover. The Monaco Government Tourist Office (MGTO) decided that the slogan would be “Green is the new glam”, with the aim of making Monaco a destination that's as environmentally conscious as it is glamorous. These eco guidelines really shook up proceedings and made for an unforgettable week of sustainable fashion.

Which designers were on show?

The guest of honour this year was Alberta Ferretti who exhibited her Resort 2020 collection at the Monaco Yacht Club, overlooking the lavish million-dollar boats in the harbour below. A fitting location, Ferretti’s new collection was inspired by the sea, featuring feather-light chiffon gowns characteristic of her usual designs. The collection features a range of blues and greens and is supposedly more daring than the designer has ever been known for in her previous work. Ferretti received the Ethical and Sustainable Award from the Chambre Monégasque de la Mode during the Week.

“Nature is what conveys emotions, a sense of life and beauty. [The chiffon gowns] move with the body as the waves in the ocean.”

Alberta Ferretti has a history of sustainable credentials, having launched an ethical fashion collection with Livia Firth, founder of Eco-Age, back in March entitled ‘Love Me.’ The collection comprised of recycled cashmere pulls, T-shirts and denim miniskirts, made with biological fabrics and a reduction in the use of chemical substances.

Spinetta also showcased her own launch inspired by the ocean, in the form of a cashmere collection called ‘Save the Ocean.’ The message behind the beach and cashmere Monaco brand is: “We respect our sea and save it from pollution”.

Monte-Carlo Fashion Week then alternated between other various designers committed to sustainable fashion, such as Gilberto Calzolari, who was presented with the Green Carpet Award in Milan previously. Equally, animal rights activist Jiri Kalfar, known for his ‘Save The Bees’ collection shown at London Fashion Week, made an appearance.