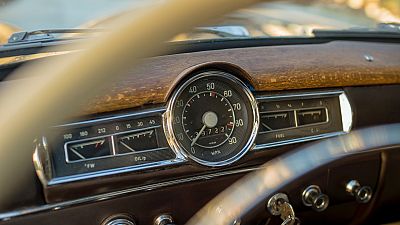 The 89th annual Geneva Motor Show is just around the corner, with the doors opening to the press on March 5. This year, we will see a whole host of new vehicles from the likes of Aston Martin, Audi, BMW, Ferrari, Honda, Mercedes and many more besides.

There will also be more electric cars than ever before, with highlights set to include the adorably retro Honda Urban EV city car, and the 1,900-horsepower Battista by Geneva debutants Automobili Pininfarina.

Ahead of the show kicking off tomorrow, here is a quick rundown of the highlights to expect from the 2019 Geneva Motor Show.

Aston Martin will show off a new hypercar at Geneva, known internally as the Project 003. This will be a hybrid and sit just below the company’s flagship Valkyrie. Aston has teased the car with one image of the rear lights for now, but we’ll get to see the full car in person on March 5.

Also on the Aston Martin stand, we expect to see a concept for a luxury electric SUV, to be built under the company’s newly-revived Lagonda sub-brand. This is not to be confused with Aston’s own SUV, the upcoming DBX, and will instead be targeted at the very top of the luxury market - a position currently occupied by the Rolls-Royce Cullinan.

On the Audi stand will be a new electric SUV, but one which is smaller than the company’s existing model. Expected to be called the Q4 E-tron, the car will likely go up against the BMW iX3, which is due on sale next year. Audi has released a sketch of the car, but this looks much more like a concept than anything, which will go on sale any time soon.

Bentley is celebrating its 100th birthday this year, and to mark the occasion it’s planning to launch a special edition of the Continental GT. The company has published a teaser image showing a number 9 painted on the car’s front grille, in a font and colour which harks back to Bentley’s ‘Blower’ Le Mans racers of the 1930s.

Also on the Bentley stand will be a souped-up version of the company’s Bentayga SUV. Called the Bentayga Speed, it will have a 6.0-litre W12 engine producing 626bhp. Despite weighing 2.5 tonnes, the car has a 0-62mph time of 3.9 seconds and a top speed of 190mph, making it the fastest SUV in the world.

If the Bugatti Chiron isn’t exclusive enough for your tastes, then worry no more, because to celebrate its 110th birthday the company will use Geneva to show off the Chiron 110 Ans. Much of the car’s specification remains unchanged from the standard car - if you can call 1,479bhp standard - but it gets a unique colour, aluminium details, and is limited to just 20 examples.

This is Citroen’s answer to today’s congested city streets. It’s called the Ami One and is so small (and slow, with a 28 mph top speed) that the company believes it will be classed as a quadricycle in some countries, negating the need for a driving license.

A surprise announcement just a few days before the doors open at Geneva, the Ferrari F8 Tributo is the successor to the 488 GTB. More of a facelift than an entire new model - meaning it’s really a facelift of a facelift of the 458 Italia from 2009 - the F8 has 710 bhp and a top speed of 211 mph. It’ll go head-to-head with the McLaren 720S when the first deliveries arrive in 2020.

This is the near-production version of the adorably cute Honda Urban EV concept which stole everyone’s hearts when it was revealed back in 2017.

The car has been softened around the edges due to safety regulations, but it is still a great-looking electric city car with funky looks and a striking interior, complete with two 12-inch touch screens and cameras for wing mirrors. Honda says this is 98% representative of the final car, which will go on sale in Europe later in 2019.

Kia has published a teaser image of its new electric sports car concept, which will be revealed on the show floor in Geneva. Very little is known about this car for now, but we suspect it will share the same 64 kWh motor as the Kia e-Nero SUV. Kia says the sports car will answer “consumer concerns around range, performance, recharging networks and driving dynamism”.

As sure as day follows night, Lamborghini has already chopped the roof off its new Huracan Evo. This follows the Evo coupe from late-2018, which was a facelifted and more powerful version of the original Huracan mid-engined supercar.

Named after a Swiss ski resort, the Engelberg Tourer Concept is described by Mitsubishi as a car which offers “enhanced EV performance”. However, it isn’t clear at this point if the car is all-electric, or if the “enhanced” bit means this is a petrol SUV with an electric hybrid system. All will be revealed on March 5.

The terms “Morgan” and “all-new” don’t often appear in the same sentence, or even the same decade. Yet, here we are. The new car, known for now as the Wide Body, will still offer the classic 1930s design Morgan is famous for, but will feature an all-new bonded aluminium platform and a powertrain “never before installed in a Morgan,” the company says. We’ll see the car at Geneva and sales will begin in 2020.

Legendary supercar design house Pininfarina - famous for penning much of Ferrari’s back catalogue - will reveal its first production car at Geneva. Called the Battista, it is all-electric, four-wheel-drive, and with an enormous 1,900 horsepower. The car is described as a hypercar, but also a vehicle offering the last word in personalised luxury and comfort. The car has an expected top speed of 250mph, a 0-62mph time of under two seconds, and an electric range of some 280 miles - as long as you drive it sensibly, of course.

Volvo’s new performance brand Polestar is using Geneva to launch its second car, aptly called the 2. This is an all-electric car (unlike the hybrid Polestar 1) and has a claimed range of 311 miles, while power output is just over 400 bhp. The car features an infotainment system which is built on Google’s Android operating system - the first car to do so.

Volkswagen-owned Skoda will set out its electrification plans at the Geneva Motor Show this year, starting with a concept called the Vision iV. The car is expected to go on sale in 2021, with the same platform being shared by a coupe and an SUV.

Finally, the latest installment for Volkswagen’s ID electric car lineup will be a reimagining of the iconic 1960s beach buggy, also known as the Meyers Manx. VW hasn’t said yet if the electric ID Buggy will actually go into production, but the company has developed a habit of putting its ID concept on sale, so we might actually see this become a reality sometime in the next decade.