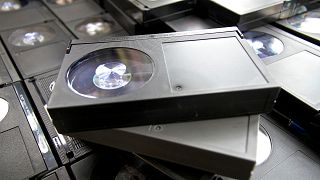 On this day in history something seismic in intellectual property law happened.

If you want to skip to something perhaps more titillating or rock 'n' roll of 17th of January throughout history, I’ve written about the Sex Pistols breaking up below. But for other connoisseurs of cultural history, the ‘Sony Corp. of America v. Universal City Studios, Inc’ legal battle of 1984 was huge.

Better known as the ‘Betamax Case’, the US Supreme Court case was the result of a conflation of new technology and a new copyright act getting codified across the country.

Sony’s 1970s Betamax tape recorder system was a new invention that allowed TV lovers to record shows to watch later. It was a revolutionary system and although it would soon be replaced by the more famous VHS tapes, Betamax was the trailblazer in home TV recording.

Universal Studios and the Walt Disney Company felt threatened by this development and sued Sony in 1976. Over the next eight years, the case would flip between courts finding each side in favour at different points.

The protracted legal battle eventually reached the highest court in the land, the US Supreme Court. The court case even included a testimony from beloved TV personality Mr. Rogers.

In the end, the court ruled 5-4 in favour of Sony, allowing people to record shows and films to view when they wanted. In essence, they decided that the private ability for “time-shifting” so they could see a show that had been made freely available to them beforehand wasn’t copyright infringement.

The landmark case led to a proliferation of the home rental market for video tapes. It’s also what led to the innovations in hard-disc recording at home and is a significant part of the cultural desire that led to streaming services becoming the predominant forum of film and TV media today. Yes, even Netflix began business by using the post to rent out films. Ahh...nostalgia.

Almost as quickly as they came together, one of music’s most anarchic groups disbanded. In 1975, the Sex Pistols was a punk band put together by manager Malcolm McLaren.

The most notable members were singer Johnny Rotten (John Lydon) and bassist Sid Vicious (John Simon Ritchie) who joined the band in 1977.

They released just one album, 1977’s ‘Never Mind the Bollocks, Here’s the Sex Pistols’, a vitriolic snarling explosion of an album with tracks like ‘Anarchy in the UK’ and ‘God Save the Queen’ where Rotten famously called the UK “a fascist regime”.

Although many would argue that the band weren’t true punks due to the somewhat manufactured way they formed, the sound and look that the group embodies today’s idea of the punk aesthetic from ripped t-shirts, thrashing three-chord songs, to piercings and drug use.

It couldn’t last though. On 14 January 1978, a San Francisco gig on their US tour featured just one song: a cover of The Stooges’ ‘No Fun’. Vicious was drugged up, Rotten wasn’t speaking to McLaren, and the mood was low.

Three days later, the band broke up with Rotten announcing it the next day to the world. Rotten went back to being called John Lydon and formed Public Image Ltd. (PiL) and on 1 February 1979, Sid Vicious died of a heroin overdose at just 21 years old.

On this day 1904, Anton Chekhov - one of the greatest playwrights of all time - debuted his final play, ‘The Cherry Orchard’.

The play was directed by Konstantin Stanislavski, the man behind method acting, and played to an audience at the Moscow Art Theatre. The story of a Russian aristocrat having to sell her family home initially divided critics.

Today, the play is recognised as one of Chekhov’s finest works, alongside other classics ‘The Seagull’, ‘Three Sisters’, and ‘Uncle Vanya’.