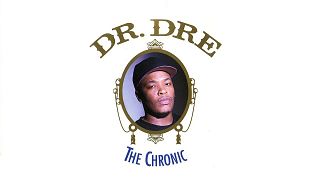 Dre was already known as one of rap’s hottest producers thanks to his work with N.W.A and his debut record featured several appearances by then-emerging American rapper Snoop Dogg, who used the album as a launch pad for his own solo career.

The title derives from a slang term for high-grade cannabis, and the cover is an homage to Zig-Zag rolling papers.

'The Chronic' is widely regarded as one of the most influential albums of the 1990s and of all time. The Library of Congress agreed, as they selected the album in 2019 for preservation in the National Recording Registry as "culturally, historically, or aesthetically significant".

“It was better to know the worst than to wonder.”

1939: The film Gone With the Wind had its world premiere in Atlanta.

1964: Canada's parliament adopted a new national flag with a red maple leaf on a white background. The flag was approved on this day and proclaimed by Queen Elizabeth II to take effect on 15 February 1965.