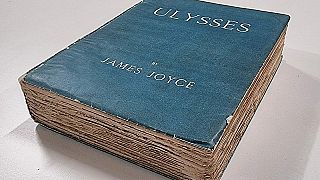 The book had been banned in both the US and UK when it came out in 1922, published by Sylvia Beach, the owner of the bookstore Shakespeare and Co. in Paris.

It used coarse language, but the trial court’s decision confirmed that was not pornographic and therefore could be published and admitted into the US.

The novel’s radical stream-of-consciousness narrative influenced the development of the modern novel and Woolsey’s verdict has gone down in history as an affirmation of literary free expression.

Don't get too excited.

No one is quite sure when the holiday was first founded, but for some added trivia, the first microwave was built in 1947 by Percy Spencer. It was about six feet tall and cost $5,000. The company Raytheon developed the first microwave oven, and the company’s Radarange III (above) debuted in 1955 and was sold in limited quantities to restaurants.

Apparently, the countries with the highest levels of microwave ownership are Spain, Canada, South Africa, and the US.