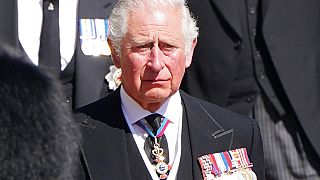 St Edwards Crown, the centrepiece of the Crown Jewels viewed by millions of people every year, has been removed from the Tower of London to be resized for King Charles III ahead of the coronation on the 06th of May 6th next year.

The move was kept a secret for security reasons until the operation had been completed. The palace provided no details and didn’t say where the modification work would take place.

The coronation will take place in Westminster Abbey, eight months after the monarch's accession and the death of the late Queen Elizabeth II.

With its velvet cap, ermine band and solid gold frame, St Edward’s Crown has served as the most opulent symbol for the British Royal Family over countless centuries.

Made in 1661, it acted as a replacement for the medieval crown which had been melted down in 1649. It was worn by Queen Elizabeth II during her coronation in 1953.

Charles will be crowned in a solemn religious ceremony conducted by Justin Welby, the archbishop of Canterbury, the palace said in a statement.

Camilla, the queen consort, will be crowned alongside her husband.