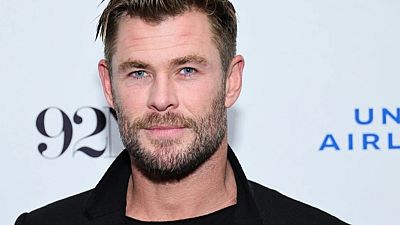 Chris Hemsworth has revealed an increased risk of Alzheimer’s and will take time away from acting   -   Copyright  Getty Images   -
By David Mouriquand  •  Updated: 20/11/2022

Marvel actor Chris Hemsworth has revealed that he’s to take a break from acting after revealing an increased risk of Alzheimer’s.

The actor, 39, is best known for his role in the Thor and Avengers films, as well as Rush, The Cabin in the Woods and Men in Black: International. He told Vanity Fair that he is planning a break once his press tour for the Disney+ series Limitless wraps up.

He revealed that he has a genetic predisposition for the disease, discovering the likelihood after undertaking a number of genetic tests while working on docuseries Limitless.

As Vanity Fair reports: “His makeup includes two copies of the gene APOE4, one from his mother, the other from his father, which studies have linked to an increased risk of Alzheimer’s disease.”

Having two copies of a gene closely associated with Alzehimer’s-related dementia is only estimated for three per cent of the population.

Hemsworth said that while “it’s not like I’ve been handed my resignation,” he has decided to take some time away from the big screen after the revelation, which means that the actor is eight to 10 times more likely to develop Alzehimer’s.

“It really triggered something in me to want to take some time off. And since we finished the show, I’ve been completing the things I was already contracted to do,” said Hemsworth.

“Now when I finish this tour this week, I’m going home and I’m going to have a good chunk of time off and just simplify,” he added. “Be with the kids, be with my wife.”

The actor said that Disney offered to cut out the revelation of his diagnosis in “Limitless”, but he was adamant about leaving it in.

“Look, if this is a motivator for people to take better care of themselves and also understand that there are steps you can take—then fantastic,” Hemsworth said. “My concern was I just didn’t want to manipulate it and overdramatize it, and make it into some sort of hokey grab at empathy or whatever for entertainment.”

Hemsworth also shared that his grandfather is currently diagnosed with Alzheimer’s disease.

“I’m not sure he actually remembers much anymore and he slips in and out of Dutch, which is his original language, so he’ll be talking Dutch and English and then a mash-up and then maybe some other new words as well."

Limitless is now streaming on Disney+.