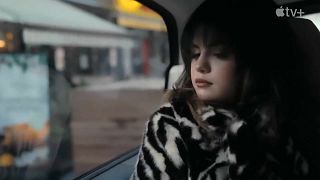 From Disney child star to chart topping success, 30-year-old Selena Gomez has lived most of her life in the glare of the camera.  A high-profile existence that has taken its toll as she lays bare in the documentary Selena Gomez: My Mind and Me.

The film sees Gomez talk about her emotional ups and downs, and how the weight of the spotlight and her glitzy social media success had a negative effect on her mental health.

It's a deeply personal account with a behind-the scenes look at her much-reported, but little-detailed battles with lupus and mental illness, as well as her paths to recovery.

The star admits she was nervous about the release of the documentary but was spurred on by the knowledge it might help other facing mental health challenges.

"This is probably my dark, darkest moments, and it's terrifying," she says. "But I want there to be some sort of visceral reaction that's not about me, but that's about the conversation around mental health. I was definitely in a darker place, and I and I hope that by me sharing my story, it will help other people to do the same and have a relationship with their own mental health."

Alek Keshishian, who directed the Madonna documentary Truth or Dare said he had no interest in making another musical biography, which My Mind and Me is anything but -- in spite of Gomez's huge success as a recording artist.

"I think Selena is someone who represents all of us," Keshishian explained. "And I think there's a lot of brokenness. There's a lot of a sense of darkness and anxiety in the world right now. And I think that Selena shows you hope and shows you that, you know, when you're feeling disconnected, having a conversation, a real conversation, with another human being can change your day can change the world."

Selena Gomez: My Mind and Me is available for streaming on Apple TV+ from 4th November.