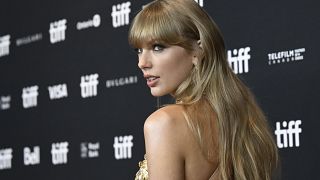 Taylor Swift’s 10th album is out today. ‘Midnights’ is the first album the megastar has released since her pandemic-recorded folk double bill and last year’s re-recordings of her earlier albums.

The album sees Swift return somewhat to the pop sensibilities of her late 2010 albums. Written and produced with longtime collaborator Jack Antonoff, the album is shorn of chart hitters, instead leaning into pastoral synth-led ballads.

And who needs hits anyway? Swift is seemingly able to elevate her apex popularity with each release and Midnights will no doubt be another eye-watering success for her record label.

But the way that Swift has gathered momentum about this latest album is part of a wider pattern of musicians releasing their music with increasingly irregular marketing techniques.

Earlier this week, TikTok announced StemDrop, a new platform that aims to change how music is released, giving users access to the different stems of a production for them to manipulate.

Long before that though, pop’s biggest artists have been ripping up the rule book for how to release an album.

The secret to the surprise album

Recorded in secret, the albums were released with no build-up. With just 24 hours notice, Swift released Folklore to a shocked industry. The surprise album release strategy immediately paid off and it rocketed to number one in the charts.

Five months later, she did the same trick again with the sister album Evermore.

Swift isn’t the first artist to try the surprise album launch. One of the first major artists to adopt the strategy was Radiohead with their 2007 album ‘In Rainbows’ that was released after a single blog post 10 days before.

Playing into the internet’s strengths, Radiohead’s strategy was to avoid a leak of their material and made the bold choice to release the album on a pay-what-you-want model.

The undisputed queen of the surprise album drop of recent years is Beyoncé. After her album ‘4’ was leaked early, she started working on albums in secret. The surprise releases of ‘Beyoncé’ and ‘Lemonade’ set the tone for the sudden massive album drop era we’re now in.

And so we’re brought to Taylor Swift’s latest.

Breaking with the trend of her last two albums, Swift followed a more traditional marketing strategy in the build up to Midnights.

A TikTok series announced the tracklist of the 13 song album. ‘Midnights Mayhem with Me’ announced each song title in random order. The album was also promoted through billboards with the track names and lyrics on them.

And once the album had actually launched at midnight, the surprises weren’t over. Three hours later she released seven more previously unannounced songs as part of a 3am deluxe edition of the album.

Swift’s return to a more standard marketing strategy ignores the crazed furore that surrounded this release in her fanbase.

Swifties, as her fans call themselves, have been rabid around a conspiracy that the album would be released under the name ‘Karma’.

After a public spat between Swift and Kim Kardashian, Swifties have insisted there is an unreleased album called Karma that was meant to be released in 2016.

It would have been her sixth album at the time, and fans insist that Swift has referred to the mysterious TS6 album through oblique music video references, including a plane’s number, and in ‘The Man’, a wall with her album titles including the word ‘karma’ twice and the phrase ‘missing/if found return to Taylor Swift’.

When she announced track 11 on Midnights would be called ‘Karma’, fans insisted this would be a Kanye West diss track, for the trouble he and his then wife caused her in the 2010s.

Now we can listen to the song, the lyrics may be about West, but like much of her work, it is so blandly unpointed that it could be about anybody.

And yet, when Swift announced the track title, her management tweeted a gif from The Man video, stoking fuel to the fan's fire.