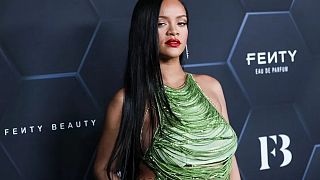 It has been announced that Rihanna, and not Taylor Swift as rumours suggested, will take the center stage at next year’s Super Bowl halftime show.

The 34-year-old singer will headline the Super Bowl LVII 2023 show, the NFL announced Sunday along with Jay-Z's Roc Nation and Apple Music.

“Rihanna is a generational talent, a woman of humble beginnings who has surpassed expectations at every turn," said Jay-Z, whose Roc Nation is an executive producer of the show, in a statement. “A person born on the small island of Barbados who became one of the most prominent artists ever. Self-made in business and entertainment.”

Rihanna confirmed the news by posting an image on Instagram of an arm outstretched holding an NFL football.

But why is this news, considering that the show will be on 12 February 2023?

Refusing to be a sellout

Rihanna turned down a similar opportunity for the 2019 Super Bowl out of solidarity with Colin Kaepernick, and her headline slot was ultimately filled by Maroon 5.

At the time, many artists voiced support for Kaepernick, the former San Francisco 49ers quarterback who protested police brutality against Black people and minorities by kneeling during the national anthem in 2016.

“Who gains from that? Not my people. I just couldn’t be a sellout. I couldn’t be an enabler. There’s things within that organization that I do not agree with at all, and I was not about to go and be of service to them in any way," she said of the league.

Kaepernick accused the NFL of colluding to keep him out of the league in a case that was eventually settled in early 2019.

A major get for the NFL

After years of Pepsi's sponsorship, the upcoming 2023 halftime show will be sponsored by Apple Music, which has started new deals with Major League Baseball and Major league Soccer to woo new subscribers.

Indeed, the NFL recently ended its long-standing partnership and announced the multi-year contract last week at midnight, a detail which did not escape Taylor Swift fans, as her forthcoming album is called ‘Midnights’.

But it wasn’t to be and Rihanna, who had past endorsement deals with Pepsi competitor Coca-Cola, accepted the gig.

Rihanna’s change of heart coincides not only with this change in sponsorship but also with multiple discussions between the NFL and Roc Nation, as well as a major life change for the singer, as Rihanna has recently become a mother. Her and her partner, rapper A$AP Rocky, welcomed a first child this summer.

The star has not released a new album since 2016’s ‘Anti’ and has not performed onstage since the 2018 Grammy Awards.

To have one of the best-selling female artists ever, who has sales of more than 250 million records worldwide, headline the show represents a major deal for the Super Bowl, who have in recent years moved away from a more traditionally rock-based flavor in favour of courting artists that speak to a younger generation.

“We are thrilled to welcome Rihanna to the Apple Music Super Bowl Halftime Show stage. Rihanna is a once-in-a-generation artist who has been a cultural force throughout her career,” Seth Dudowsky, NFL’s head of music, said in a statement. “We look forward to collaborating with Rihanna, Roc Nation and Apple Music to bring fans another historic Halftime Show performance.”

That’s enough to give any Emmy-courting musician some ambition… as well as a lucrative platform to drum up some enthusiasm for an upcoming project. Yesterday’s announcement has already stirred quite the frenzy among fans of the R&B singer, who hope that her primetime appearance means that a new album is on the way.

What has Rihanna been up to since her 2016 album?

Primarily known for her music, Rihanna has become a major player on the fashion design and cosmetics scene over the years.

The singer owns 50% of Fenty Beauty, which reportedly brought in $550 million in 2020, and also owns a 30% stake in her Savage X Fenty lingerie brand.

These brands have made the singer extremely wealthy, to the point Rihanna became the youngest self-made billionaire in the US, according to the annual Forbes list. The 34-year-old has a net worth of $1.4 billion and is ranked 21st on 2022 Forbes' annual list of self-made women, becoming the world's richest female musician, as well as the only billionaire under the age of 40 on the list.

For context, the next youngest billionaire on the Forbes list is Kim Kardashian, 41, who has a net worth of $1.8 billion, and the aforementioned Taylor Swift also made the most recent Forbes list with a net worth of $570 million. Swifties will also be pleased at the release date of the aforementioned ‘Midnights’, which will be on heavy rotation from 21 October… which also happens to be Kardashian’s birthday. Considering the on-running beef with Kardashian and her ex-husband Ye, it’s quite the burn.

But back to Rihanna…

Aside from thriving on her business ventures, it has also been reported that Rihanna has been working on a documentary about her life with director Peter Berg (Very Bad Things, The Kingdom and 2012’s Battleship, which starred Rihanna in a supporting role).

Why is the Super Bowl halftime show such a big (expensive) deal?

The Super Bowl is an American mainstay and the NFL’s annual showcase event typically draws one of the biggest single TV audiences of the year, making it a must for not only fans of American football but also music and film fans, as major studios drop trailers for their upcoming releases during the runtime.

It's been a TV institution since the 1960s and one huge draw for those not big into sports is the pop culture pageantry - the music show, the commercials and the trailer releases.

Considering the viewership numbers (over 110 million viewers this year), the spotlight is hugely important for advertisers and Hollywood studios, who are primed to get their marketing messages across. And the price tag that comes with it is exorbitant.

Back in 2020, the $5.7 million Super Bowl ad for MGM's James Bond film No Time To Die was the priciest among all movie trailers that year.

In 2022, a 30-second movie trailer spot during the Super Bowl cost studios a cool $6.5 million. Still, money well spent for blockbuster tentpoles who seek to drum up hype.

However, according to The Hollywood Reporter, more studios are starting to take their ads to the pregame and postgame shows instead of the Fox broadcast of the game itself in order to save some money (up to half the amount spent on the in-game ads). Trailer or teaser releases at other times during the Super Bowl weekend generates just as much exposure on social media – even if a primetime ad during the game is a much sought-after slot.

The 2023 Super Bowl is set to take place on February 12 in Glendale, Arizona.