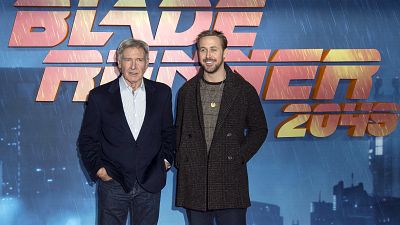 A new series in the Blade Runner franchise has just been greenlit by Amazon Studios.

A release date has yet to be announced, but here are the lowdown of everthing we know about the upcoming series.

Blade Runner 2099 is a new TV series based on the Blade Runner franchise of films that are all based on the 1968 novel from seminal sci-fi author Philip K. Dick, ‘Do Androids Dream of Electric Sheep?’.

The novel was first adapted by Ridley Scott into the classic sci-fi film Blade Runner in 1982.

While Scott’s original film wasn’t a commercial hit at time of release, it has gone on to gain cult classic status as one of the best sci-fi films of all time.

While other 80s sci-fi film properties like Star Wars quickly spawned sequels, Blade Runner remained on its lonesome for a long time. Sort of. Instead of endless sequels, seven different versions of the same film have been released. This is due to studio tampering with original theatre cuts, adding happy endings and expository voice-overs.

The most recent version is 2007’s ‘The Final Cut’, where Scott claims he finally had full artistic control. The seven versions of the film means that when speaking about Blade Runner, fans will often ask you which one you’re referring to.

A sequel was released in 2017, 35 years after the original. Denis Villeneuve’s Blade Runner 2049 brought back Harrison Ford to star alongside Ryan Gosling as the new lead.

Where and when is it?

Having been backed by Amazon Studios, the new series will be on Amazon Prime’s video service.

The streaming giant seems to be having a moment when it comes to fantasy and sci-fi. The highly anticipated prequel series to the Lord of the Rings, The Rings of Power, debuted on the platform this month. The Rings of Power was a massive investment for Amazon, shelling out nearly half a billion dollars to bring Middle Earth to their service.

This new Blade Runner Project is a sign that the studio is committing to commissioning big budget projects.

But in terms of when it’ll be released, Amazon has yet to confirm a date.

There’s been no confirmation whether we’ll see stars Harrison Ford or Ryan Gosling again. Though with the plot taking place 50 years after Villeneuve’s film, it seems unlikely.

Amazon will be working with Alcon Entertainment, the rights holders to the franchise, and have hired Silka Luisa as the showrunner.

Luisa has worked on the new Halo series and was the showrunner for Shining Girls. Alcon Entertainment said Luisa has developed a “provocative storyline” for the series.

Alongside Luisa, Ridley Scott has also confirmed he is on board as executive producer for the series.

“We recognise that we have a very high bar to meet with this next instalment [sic],” Andrew Kosove and Broderick Johnson, co-CEOs and co-founders of Alcon, said in a statement.

“Together with Silka and our partners at Amazon, and Scott Free Productions, we hope that we can live up to that standard and delight audiences with the next generation of Blade Runner.”

Blade Runner is one of the few major sci-fi IPs that the streaming platforms hadn’t yet plundered for more content. But why Amazon would want to make a series out of it is less clear.

The thing with Blade Runner is that while its fans absolutely love it, it’s never really been that successful outside of that bubble.

The original wasn’t a commercial success in theatres, though it did go on to become a cult classic, and the 2017 sequel, while performing decently at cinemas with a box office intake of nearly $260 million,  fell short of its break-even projection of $400 million.

While some loved Villeneuve’s sequel, others accused its portrayal of women as misogynistic. Bringing on board Luisa as show-runner may be a smart move to change the reputation of the series.

Since the sequel, there has also been the anime series, Blade Runner: Black Lotus, which didn’t make much impact.

The series could be a surprise hit though, much like Westworld, the HBO sci-fi series that blew everyone away despite the unpopular 1973 film it was based on.

“The original Blade Runner, directed by Ridley Scott, is considered one of the greatest and most influential science-fiction movies of all time, and we’re excited to introduce Blade Runner 2099 to our global Prime Video customers,” said Vernon Sanders, head of global television, Amazon Studios.

“We are honoured to be able to present this continuation of the Blade Runner franchise, and are confident that by teaming up with Ridley, Alcon Entertainment, Scott Free Productions, and the remarkably talented Silka Luisa, Blade Runner 2099 will uphold the intellect, themes, and spirit of its film predecessors.”