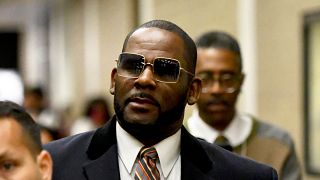 R Kelly has fallen foul of authorities again and been convicted of producing child pornography and enticing girls for sex by a Chicago court.

Last year, the R&B singer, born Robert Sylvester Kelly, was found guilty of racketeering and sex trafficking by a New York court. He was sentenced to 30 years in prison.

Yesterday’s decision in Chicago was the result of a month-long trial that was reassessing the facts from a trial in 2008.

Back then, Kelly was alleged to have created child pornography by filming himself having sex with a 14-year-old girl aged 30. The 2008 trial did not receive testimony from the alleged victim.

This month’s Chicago trial challenged that verdict on the grounds it was influenced by Kelly and his associates, Derrel McDavid and Milton Brown, who faced charges of threatening the victim to not appear in court.

Of the 13 counts in the trial, Kelly was found guilty of six against him, not including the counts alleging Kelly and his associates rigged the previous trial. McDavid and Milton Brown were acquitted of all charges.

In 2008, Kelly shed tears of joy when he was acquitted. This time, it was McDavid who was joyous and hugged Kelly before he was returned to federal lockup.

Kelly was described in the trial as a master manipulator who used his fame to attract fans, sometimes minors, and sexually abuse them.

Kelly was desperate to recover pornographic videos he made and lugged around in a gym bag, witnesses said. They claimed he offered up to $1 million to recover missing videos before his 2008 trial, knowing they would land him in legal peril. The conspiracy to hide his abuse ran from 2000 to 2020, prosecutors said.

The use of the video of one of Kelly’s victims, Jane, from the 2008 trial was accompanied by testimony from her.

Jane testified it was her in the video aged 14 and that Kelly had sexually abused her “countless times” before turning 18.

Asked by reporters later outside court how Kelly felt after the verdict, his lead attorney, Jennifer Bonjean, said: “Mr. Kelly is used to bad news.”

“He’s still got many fights to fight," she said. "But what he did say is that he had a sense of relief that this particular case was in the past now.”

The 55-year-old is already facing 30 years in jail. Judge Harry Leinenweber hasn’t set a sentencing date for these new convictions. But it is possible Kelly will face anything from a further 10 to 90 years on top of his previous sentence, jailing him for life.

Kelly is yet to face two more sexual misconduct trials, in Minnesota and in state court in Chicago.