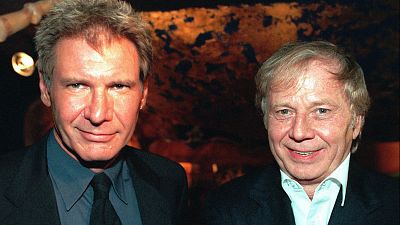 Wolfgang Petersen, the German filmmaker whose World War II submarine epic Das Boot propelled him into a blockbuster Hollywood career that included the films In the Line of Fire, Air Force One and The Perfect Storm, has died at the age of 81.

Petersen died Friday (12 August 2022) at his home in the Los Angeles neighbourhood of Brentwood after a battle with pancreatic cancer, said production company representative Michelle Bega.

Then the most expensive movie in German film history, the 149-minute Das Boot (the original cut ran 210 minutes) chronicled the intense claustrophobia of life aboard a doomed German U-boat during the Battle of the Atlantic, with Jurgen Prochnow as the submarine's commander.

Heralded as an anti-war masterpiece, Das Boot was nominated for six Oscars, including for Petersen's direction and his adaptation of Lothar-Gunther Buchheim's best-selling 1973 novel.

Das Boot led to Petersen’s first English-language film, The NeverEnding Story, a hit which launched him as a filmmaker in Hollywood, where he became one of the top makers of action adventures of disasters and massive cataclysms.

These spanned pandemics (the 1995 ebolavirus-inspired Outbreak, starring Dustin Hoffmann), airplane hostage takeovers (Air Force One, with Harrison Ford), wars (2004's Troy, with Brad Pitt), and other ocean-set disasters (2000’s A Perfect Storm, with George Clooney, and 2006's Poseidon, about the capsizing of an ocean liner).

He took a 10-year break before returning in 2016 with the German comedy Vier gegen die Bank, his last film in the director’s chair.

Petersen is survived by his second wife Maria-Antoinette Borgel, a German script supervisor and assistant director, his son Daniel Petersen, and his two grandchildren.