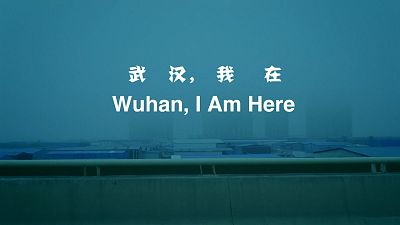 The homeless, the sick, the elderly: For people who fell through the cracks of the official system, the then-precedented decision to isolate the central Chinese city of Wuhan and its 13 million people was a matter of life or death.

Director Lan Bo hopes to highlight their plight with his documentary, 'Wuhan, I Am Here', about volunteers who helped neighbours get food, access to hospitals and other help following the early 2020 lockdown of the city where the coronavirus pandemic began.

A spotlight on the unsung heroes of the pandemic

The government's decision to commandeer Wuhan's hospitals to treat COVID-19 patients meant many with other problems were turned away.

They needed permits to drive in different areas of Wuhan and at times were stopped by local officials who said they lacked permission to distribute food and other supplies.

Director Lan Bo believes Wuhan was able to weather the lockdown in part because of the contribution of the tens of thousands of volunteers that worked behind the scenes.

The documentary was screened at the Yamagata International Documentary Film Festival in Japan last year.

Lan is currently seeking government approval to release "Wuhan, I Am Here" in China.

Check out the video above for a preview of the documentary