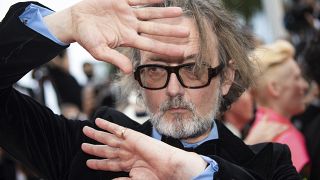 The 58-year-old Britpopper has teamed up with electronic DJ, Riton (part of the outfit Gucci Soundsystem) to release 'Let’s Stick Around'.

Cocker has long been a political agitator and said on the singles release - which was designed to collide with the climate summit negotiations this week - that the climate crisis is "moving to the centre of everybody’s consciousness".

In an interview with the Guardian Cocker said, “It seemed appropriate to unleash it on an unsuspecting world during COP26."

Cocker criticised the "behind closed doors" nature of the COP26 negotiations

“A lot of debates in the modern world devolve into people shouting at each other from opposite corners of a room.

"The idea was that anybody could dance to this song and agree with it. That’s what music does so well. It brings people together.”

In the same interview Cocker criticised the "behind closed doors" nature of the COP26 negotiations and the stranglehold that "elites" have over an issue that affects the whole world.

Cocker added that expecting people to accept a reduction in living standards wouldn’t work, “It’s about doing things differently, like the experimentation with hydrogen fuel.

Cocker took Extinction Rebellion (XR) activists to the Q Awards red carpet in 2019, and has had XR stalls at his gigs in the past.

'Save the Whale,' one of the tracks on his 2020 album Beyond the Pale, is a critique of the capitalist system.

In an interview with iNews Cocker said: “We’re still following this capitalist system, which is basically where slavery came from, a way of making cheap things by subjugating other people. If we leave it to capitalism to sort out the fall-out from this pandemic, well, it’s not a cheery prospect.”

Cocker has also spoken out against Brexit and made supported former Labour leader Jeremy Corbyn throughout previous UK elections.

Are McDonald's and Mariah taking aim at COP26?