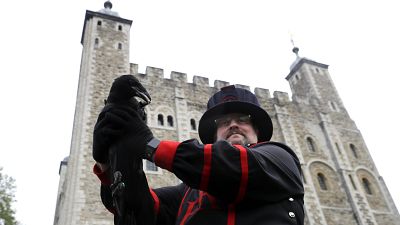 Each year on November 5 thousands of Brits gather around bonfires in parks, gardens, and public spaces to celebrate the night Guy Fawkes and his co-conspirators tried - and failed - take down Parliament.

A mind-bending new attraction is set to take over the Tower of London next year that is a far cry from the fireworks we're used to seeing.

The biggest attraction to reach the capital since the Shard in 2013, 'The Gunpowder Plot' will find a home in the tower's dark, disused vaults, featuring live actors, virtual reality, and multi-sensory effects that evoke the spirit of London in 1605.

Overuse of the word "immersive" is quick to induce some eye-roll worthy moments when a new tourist attraction arrives in a major European city.

That being said, 'The Gunpowder Plot' appears to have nailed to concept. Its creators, Layered Reality, plan to invite people to join Guy Fawkes and his merry band of government traitors through the use of different elements that place visitors directly in the narrative.

Fawkes and co. were responsible for the biggest attempt at overthrowing the British government in its history. They attempted to do so through the smuggling and storage of 36 barrels of gunpowder underneath the Houses of Parliament, but were found out before they count enact their goals, and tortured.

Your goal is to infiltrate the plotters, gain their trust, and join them.

Think of the spine-tingling live action experiences offered to visitors of the London Dungeons, mixed with Cluedo.

“We’ve made a completely 360° environment: amazingly beautiful sets, incredibly detailed extra layers: does it smell right, do the textures feel right?" explains director Hannah Price, who has an extensive background in theatre.

"You can look around, you can feel the wind in your face, you can feel the change between going inside and outside - everything about this is a multilayered experience so you’re going to feel like you're there.”

"When you're stepping back into 1605, all of your senses are telling you that you’re there,” he explains.

“Your eyes are seeing London as it was in 1605, you get the smells, you will for the first time see the Tower of London how it looked in 1605, and you'll go down the Thames and see it as it was at that time. That's what makes it so magical.”

“This is a very progressive, dynamic, exciting way of doing theatre and I also feel like what we are delivering is an age-old classic story, but we’re delivering it in an incredibly accessible, explosive, exciting 21st century way,” says Danny Robins, a theatre writer that specialises in spooky projects such as The Battersea Poltergeist, and 2.22: A Ghost Story, which starred singer Lily Allen earlier this year.

“It’s like somebody made a brilliant movie version of the Gunpowder Plot and it came to life around you and exploded in your face with bits of Jacobean London flying at you.”

Seems an appropriate day to announce this new project - I am writing the script for this. Really thrilled. It is possibly my favourite story from history and we're going to be bringing it life in an amazing mix of theatre, VR and special effects! https://t.co/YKXM0kssah

The historic value of the experience is just as important to the team as the new technologies they'll be presenting to visitors of 'The Gunpowder Plot'. The exhibit has its own creator, like any museum or historic attraction you'd find in London.

It may be unusual to have a curator within a theatrical team, but the role of Alden Gregory, within the challenge of enabling the creation of a whole 360-degree world in virtual reality, is much the same as it would be for an exhibition.

Gregory is around to ensure that the experience is true to history and creates a sense of authenticity and understanding of what the past looked like.

He looks after Historic Buildings on behalf of Historic Royal Palaces, who have just secured a 10-year deal to work with Layered Reality on similar projects. As well as the Tower of London, they look after Kensington Palace - home to William and Kate - and Henry VIII's former home, Hampton Court Palace.

Guy Fawkes and other Gunpowder conspirators were imprisoned, tortured and interrogated in the Tower. Telling history where it happened is a key aim of Historic Royal Palaces. “It brings a whole other dimension,” says Gregory.

“You can descend in the vaults and actually travel back in time to a version of London that people haven’t ever experienced in quite this way. It’s going to be hugely exciting. We want to give people the sense that they might have time travelled through this how.

"I think it will feel very authentic with those experiences of joy, confusion and fear that the conspirators felt.”

The Gunpowder Plot opens May 2022 in Tower Vaults at the Tower of London. Tickets go on general sale on 19 November. Register for the presale at gunpowderimmersive.com before 1pm on November 12 for an exclusive presale discount worth £10 and a chance to win VIP tickets*. Presale tickets are available from 16 November 16.

'Rust' film armorer says someone may have put bullet in gun