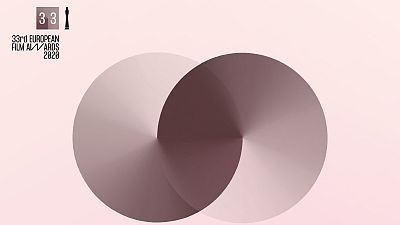 The European Film Awards 2020 has had to change its format due to the coronavirus pandemic.   -   Copyright  Credit: European Film Academy
By Louise Miner  & Frederic Ponsard  •  Updated: 09/12/2020

The European Film Academy gathers around 3,800 professionals from the European movie industry every year.

One of the most prestigious awards is certainly for best film. Among the six nominees up for the top prize on Saturday 12 December, is Director Thomas Vinterberg's "Another Round", released on European screens between two confinements. Another is the Italian director Pietro Marcello's "Martin Eden", which is an example of European co-production.

Pietro Marcello, film director, scriptwriter, and producer, told Euronews, "My films have always been produced with other countries, there have always been co-productions. To this day, this is the case and I was lucky enough to have my own French producer and my own German producer".

Martin Eden is the adaptation of Jack London's novel of the same name, a story originally set in San Francisco which the director adapted for Europe.

"I think Martin Eden is a profoundly European film, a film that was made in Naples, but Martin Eden is an archetype like Faust, like Hamlet. And it was possible to make it in another city like Hamburg, like Marseille or Naples," added Marcello.

The others in the competition are all co-productions.

The Painted Bird is a Czech film, co-produced by Slovakia and Ukraine. It tells the relentless story of a Jewish child during the Holocaust.

Corpus Christi is a French-Polish co-production, Undine is a German-French collaboration and Berlin Alexanderplatz was co-produced by Germany and the Netherlands.

The Best Film Award will be presented in Berlin on Saturday 12 December at a ceremony without an audience, but live from all over Europe with the nominees.

Who is nominated for best director at the European Film Awards 2020?