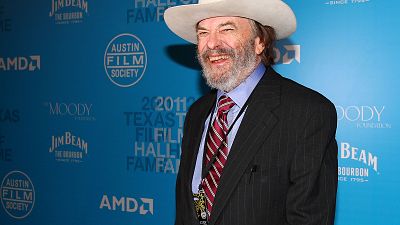 Rip Torn, the hell-raising Texas-born actor who in real life was almost as colourful as the outsize characters he played in a 60-year TV and movie career, died Tuesday at his home in Lakeville, Connecticut, his publicist said. He was 88.

No cause of death was given.

Torn — which was his real name — specialised in playing cantankerous, anti-authoritarian authority figures like Artie, the devious, hard-drinking producer of "The Larry Sanders Show" on the HBO series of the same name, and Agent Zed, the gruff, world-weary head of the secretive, alien-hunting agents in the early "Men in Black" movies.

"I'll miss you, Rip, you were a true original," the actor Albert Brooks, Torn's co-star in the 1991 movie "Defending Your Life," said on Twitter.

Torn — born Elmore Rual Torn Jr. in Temple, Texas, and nicknamed "Rip" by his family — studied Shakespearean acting at Texas A&M University and made his film debut in the 1956 comedy-drama "Baby Doll" under the direction of Elia Kazan.

He made a splash in the biblical epic "King of Kings," playing Judas Iscariot, in 1961, the same year he appeared in "Sweet Bird of Youth" on Broadway. Throughout his career, Torn often played deeply flawed anti-hero characters — a description that could often be applied to his personal life.

"I have certain flaws in my makeup. Something called irascibility," Torn told Studs Terkel for his 1974 book of interviews, "Working." "I get angry easily. I get saddened by things easily."

Torn sometimes clashed with directors and actors on set, most notably during the production of the 1970 movie "Maidstone," when he hit the director, Norman Mailer, on the head with a hammer.

In January 2010, Torn was arrested in Lakeville after he broke into a bank while he was drunk; police said he was so drunk that he simply mistook the bank as his home.

Torn pleaded guilty to reckless endangerment, criminal trespass, criminal mischief and the illegal carrying of a firearm and was handed a suspended sentence and probation.

Torn acknowledged that he could be reckless because he wore his emotions on his sleeve, which he said was likely the reason for his success.

He is survived by his wife, Amy Wright, an actor whom he married in 1989, and six children. Two previous wives, actors Ann Wedgeworth and Geraldine Page, pre-deceased him.

Zelenskyy calls for 'maximum' sanctions against Russia at Davos

'We don't have anything left': Destruction on Ukraine's southern front