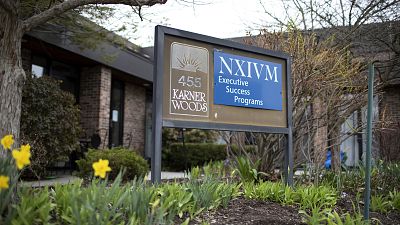 An HBO documentary series currently in production will take a "deep, nuanced look" at NXIVM, the upstate New York self-help group that prosecutors say doubled as a secret sex cult.

The series will follow a group of members who joined the self-improvement organization only to later learn, they said, that it recruited women through empowerment workshops and held them hostage as sex slaves for Keith Raniere, who co-founded the group in 1998 with Nancy Salzman.

"The show will take a deep, nuanced look at experiences of its members, spotlighting their universal desire for personal growth," HBO said in a press release.

The series will be directed by the Oscar-nominated and Emmy award-winning directors, Jehane Noujaim and Karin Amer.

Noujaim brings an "illuminating perspective" to the story because she first encountered the group in 2010 when she participated in the introductory "Executive Success Program" as many other members would come to do.

The show promises to provide an inside look at the ongoing federal investigation, which has led to the indictment of six leading figures on charges ranging from racketeering to sex trafficking and child pornography.

Among those arrested were "Smallville" actress Allison Mack, who has since pleaded guilty, and Seagram's liquor heiress, Claire Bronfman.

Amid the investigation, NXIVM said on its website that it is halting all enrollment and events "until further notice" due to these "extraordinary circumstances."

A premiere date for the documentary series has not been announced.